The Republic of Egypt

On July 23, 1952, the movement of the “Free Officers” led by Muhammed Naguib and Gamal Abdel Nasser overthrew the monarchy and founded Egypt in 1953 as a presidential republic with Nagib as the first president. A year later, however, Abdel Nasser himself took power as head of state. Under him, Egypt maintained close ties to the Soviet Union and pursued pan-Arab ideas, the culmination of which was the merger with Syria in 1958, but which broke up again in 1961. The Suez Crisis of 1956 led to the nationalization of the Suez Canal and strengthened Nasser and Egypt in the region, despite the military defeat; the six day war 1967 ended in heavy defeat and the loss of the Sinai Peninsula to Israel.

According to computerannals, the regime of Gamal Abdel Nasser followed the example of many regimes from this period, which either emerged from an anti-colonial liberation movement or came to power through a military coup, but which all aimed at a policy and restructuring geared to national development needs. Nasser’s popularity was based both on his will and his ability to pursue a policy of a previously and subsequently unprecedented degree of independence from foreign, above all Western, interests, as well as on the concrete improvement of the social situation many Egyptians experienced. This included significant progress in the areas of health and education and the resulting expansion of social permeability and opportunities for advancement as well as the redistribution of resources in favor of the lower and middle classes through land and agricultural reforms, subsidies for energy, basic foods and social services, and tenant protection.

To implement these measures, a large part of the old power elites had to be neutralized, which led to the erosion of democratic achievements. Under Nasser, there was the abolition of the multi-party system, massive restrictions on civil society, the expansion of the repressive apparatus and massive human rights violations to suppress political opponents, especially those from the ranks of the communists and the Muslim Brotherhood. The media, commercial enterprises and important religious and civil society institutions were subordinated to the state. Loyalty often played a bigger role in the selection of decision makers than competence. The army took a key position in politics and later in business. To this day it has a large number of its own institutions and commercial enterprises that exist in a parallel structure and through which little information is made public. Nonetheless, the regime remained popular in Egypt and throughout the Arab world. When Abdel Nasser announced his resignation after the catastrophic defeat in the war against Israel in 1967, millions took to the streets, including many of his critics, and demonstrated against the resignation. 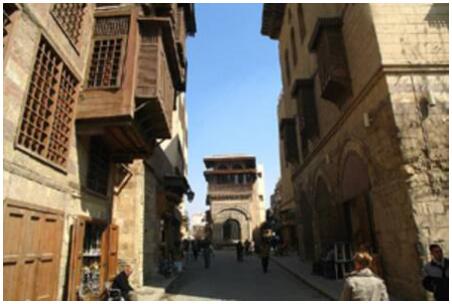 Former Vice President Anwar El Sadat succeeded Abdel Nasser. Sadat gradually distanced himself from the policies of his predecessor and in 1974 introduced the so-called Infitah policy. The core elements of Infitah consisted of the gradual liberalization of the economy in order to mobilize Arab and international funds and investments and to integrate Egypt more strongly into the world market. In practice, however, the Infitah also led to a massive expansion of corruption and the emergence of a new class of businesspeople, some of whom came from the state bureaucracy and the senior management of state enterprises. In Egypt they are called the “fat cats” because they made their fortune in record time as “intermediaries” and “advisors” with access to the important decision-makers.

Sadat’s domestic and economic policy would not have been possible under the conditions of an ongoing potential confrontation with Israel. From this one can understand the peace initiative that Sadat started only a few years after the war against Israel in October 1973, which was surprising for many at the time. During the war, part of Sinai, which was occupied by Israel in 1967, was recaptured, strengthening Sadat’s domestic political popularity to such an extent that he was in Camp David in 1978 US-sponsored negotiations with Israel that eventually led to the 1979 peace treaty with Israel. For this, Sadat received the Nobel Peace Prize in 1978 together with Israel’s then Foreign Minister Begin. In Egypt itself, however, the peace treaty was unpopular from the outset, mainly because it violated the all-Arab position that the Palestinian conflict should only be resolved within an all-Arab framework. This position was broken when Egypt became the first country to sign a separate peace with Israel. In 1979, Egypt became part of the Arab League excluded and only resumed in 1989. The seat of the Arab League in Cairo was moved to Tunis for this period. Even today, after the revolution of January 2011, the Camp David Agreement is again controversial. Few political forces are fundamentally questioning the agreement, but many Egyptians are calling for an amendment, especially the clauses that restrict Egyptian sovereignty in Sinai.

Sadat was shot dead by militant Islamists in October 1981 during a military parade commemorating the October War of 1973 under circumstances that have not yet been fully clarified. Paradoxically, however, he himself contributed to the rise of militant Islamist groups by giving these groups a wide scope, especially at universities. He hoped to be able to push back the then very strong left and nasserist forces among the students, intellectuals and workers. In the media he liked to be called the “President of Science and Faith”. However, when the Islamist groups radicalized and began to oppose the regime itself as infidel, Sadat was apparently no longer able to regain control of the forces he had sustained.

After President Sadat’s assassination, former air force commander Mohamed Hosni Mubarak became his successor. He ruled the country continuously in a state of emergency before a rigged presidential election with several candidates took place for the first time in 2005, in which he was confirmed in office with a turnout of only 23% with 88.6%. The state of emergency is still in force today.

Mubarak’s reign was characterized by the structural inefficiency of government development efforts and growing impoverishment of large parts of Egyptian society, a systematically blocked political reform process, increasing repression and serious human rights violations with simultaneous personalization and disintegration of state institutions and massive corruption as well as growing frustration and increasing withdrawal of broad sections of the population from any participation. Neoliberal economic policy, privatization and the reversal of the Nassist land reform led to massive losses in purchasing power, job losses, underpaid or precarious working conditions and social security for large parts of the population. The growing pressure to reform was essentially caused by manipulation, Opposition co-opting and repression answered. Verbal promises of reforms were contrasted in practice with massive election fraud, repression and gagging of the media, professional associations, NGOs and other civil society organizations. Corruption increased rapidly and affected wide areas of the economy, politics and society.

Since the election of many business representatives to parliament in 2005 and the associated increasing interdependence of politics and business interests as well as the ever more open preparation of the president’s son Gamal Mubarak for the future president, the situation has worsened. The regime increasingly used paid thugs in elections and demonstrations, the so-called “baltagiya”, organized by certain parliamentarians, members of the ruling National Democratic Party (NDP) and the local councils that they dominate.