The First Elected Parliament in Egypt after Revolution 2011


Between two phases of particularly violent clashes between demonstrators and security forces in November and December 2011, the parliamentary elections finally took place, which were boycotted by some of the revolutionary forces. Islamist parties managed to take almost three quarters of the seats in parliament, but the executive and the further transformation process were still dominated by the military.

The elections took place in three rounds. The results are shown in the diagram:

While it was widely expected that the Muslim Brotherhood would do best as the only well-organized force with extensive political experience and a network of branches and social activities across the country, few had expected the magnitude of the Islamist parties’ success.

The Freedom and Justice Party (FJP) founded by the Muslim Brotherhood, the Nour Party (NP) founded by the Salafists and a few smaller radical Islamist parties were able to acquire almost three quarters of all seats. The high electoral successes of the Salafists, who were little known before the revolution (see above under “Islamist groups”) were a big surprise. Many observers, however, see the election results only to a limited extent as a sign of a deeply rooted Islamist orientation of the broader population due to the special current conditions. The successes of the Islamists in the public debate and in the press were mainly attributed to the following factors:

Detailed information on the Egyptian electoral system as well as the parliamentary and later also the Shura council and presidential elections can be found on the following Internet portals:

The new parliament was repeatedly criticized. He was accused of spending a lot of time discussing irrelevant topics such as banning alcohol or swimwear in tourist centers or allowing nurses and airport hostesses to disguise themselves, etc. instead of not tackling important problems such as reforming the Ministry of the Interior, the judiciary and the state media, the recovery of the money stolen through corruption, the improvement of legislation to protect against human rights violations and the setting of minimum and maximum wages.

In the time before the parliamentary elections, the security and supply situation had deteriorated increasingly. This situation did not improve after the elections. This had a grueling effect on the population. Violent and often armed attacks by criminals and gangs as well as arguments and fights over scarce goods such as petrol, diesel and butane gas were the order of the day. Many speculated that these problems were deliberately provoked or permitted in order to get the population to distance themselves from the revolutionary forces and to accept a modified version of the old system.

However, this development was interrupted by the judiciary. On June 14, 2012, the constitutional court ordered the dissolution of parliament. The reason for the decision was that, contrary to the provisions of the constitutional declaration, party candidates had also run for one third of the seats that were intended for independents in the elections. Two days after the verdict, the Parliament was formally dissolved by the Supreme Council of the Armed Forces and the members of parliament were subsequently refused entry. 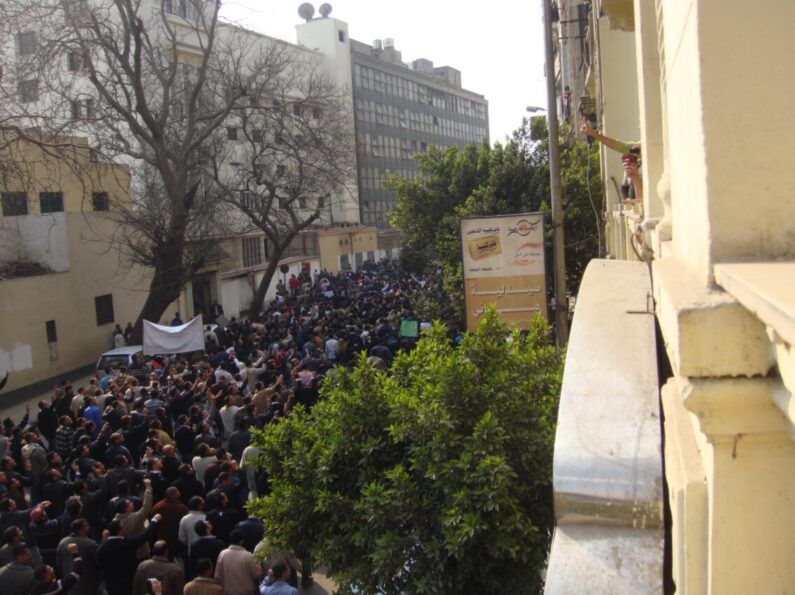