The elements of renewal that had made Chekhov’s sad soul glimpse only a distant hope, but a “primitive” like Gorky had spoken a clearer language, matured rapidly and the pessimism of the time of Alexander III was succeeded, intertwining, a period which, called the “revaluation of all values”, was to mark the beginning of the new century. A revaluation that, in large part, is linked to the new trends of the West, especially to that movement that has the name of neo-romanticism and which, like romanticism, hardly allows itself to be bent and summarized in the outline of a definition. Also in Russia the new currents are called decadentism, symbolism, synthetic modernism, futurism, but to these are added other typically Russian ones.

Remarkable is the revival of poetry in the face of prose, with an inverse process to that of the second half of the century. XIX. The ranks of writers and poets become numerous and it would be difficult to mark the nuances of the various currents, the vastness and intensity of the contribution of each individual artist; from the poets K. Bal′mont (born in 1867), V. Bryusov (1873-1924), A. Belyj (1880-1934), Vjačeslav Ivanov (born in 1866), A. Blok (1880-1921) to the storytellers D. Merežkovskij (born in 1866), L. Andreev (1871-1919), J. Bunin (born in 1870), F. Sollogub (1863-1927), A. Remizov (born in 1877), A. Kuprin (born in 1870), M. Arcybašev (1878-1926). The success of some of these writers was certainly due to the suggestive nature of their creation (Andreev), to the interest of new stylistic researches (Remizov and Kuzmin [born in 1877]), to the hope of a return to tradition (Bunin), to the painful response to the moods of given moments (Kuprin, Arcybašev, Sollogub), to the re-enactment of historical epochs and distant spiritual experiences (Merežkovskij) and so on; but these narrators and poets undoubtedly bring new and rich art experiences to the history of Russian literature. More than for the narrators, this can be said for the poets, who if they quickly pass from spontaneous and immediate creation to that of reflex, which sometimes even borders on artifice, as in Bal′mont, Briusov, Belyj, nevertheless reveal boundless possibilities of the Russian spirit and the Russian language. Masters in this sense Vjačeslav Ivanov and Aleksandr Blok, both lyric unparalleled.

This same character of his conception, which Blok had inherited in part from the poet-philosopher Vladimir Solov′ev, interpreted, through the famous poem The Twelve (subjective reflection of the revolutionary irruption in the soul of the poet), as a profession of faith in the punishment and divine forgiveness, confirmed the conception of the Russian generation before the revolution, that is, that the religious sense of life is to be considered inseparable from its lyric-musical sense.

The plays of an Andreev, the novels and theoretical works of a Merezkovskij or a Shestov (born in 1866) can indeed be considered the background on which Russian religiosity found its most adequate lyrical expression with a poet of profound pathos like Blok..

Once again, with the revolution, literature had to move as a reaction to the preceding period, making use as far as possible of that current which once again had maintained itself alongside the triumphant trend. Just as the traditional vein of poetry was preserved during the period of triumph of realistic prose, so during the triumph of neo-romanticism, which was linked to it (with innumerable links with Pushkin and Tyutčev), the realistic tradition was preserved which, from the contrast with all the attempts at novelty, he had indeed acquired his own discipline and a new vitality. Next to Gorky and Bunin, who are its main representatives, and to the others already mentioned, we must mark here the names of the prolific Peter Boborykin (1836-1921), Aleksandr Amfiteatrov,

The Bolshevik revolution divided literature into two distinct fields: that of emigration, which if it has revealed some new force such as Aldanov, Ossorgin, Nabokov-Sirin, lives above all on the ties of the past, and that of the Soviet Union, in which these ties have not been completely broken, but are increasingly weakening as the new generations advance.

The two literary forms that most served the revolution in its beginnings were theater and poetry, in its most advanced currents of futurism and imaginism. The only pure poets that the new Russia gave to the world, Gumilev, Esenin and Achmatova, the first shot, the second suicide, the third condemned to silence, disappeared in the very whirlwind of the revolution, Russian poetry found itself to be officially represented by the recognized leader of futurism, Vladimir Mayakovskij, a fertile and bizarre genius, who with VV Chlebnikov actually formed the wing of the so-called “cubo-futurism” while the group gathered around Igor Severjanin took the name of “ego-futurism”, the one and the other referring to the famous FT Marinetti manifesto.

Cantor of old Russia, closer, but perhaps only deceptively, to his individualistic spirit, Sergej Esenin (1895-1925) brought with him to his grave treasures of lyrical power, technique and music; to Nikolaj Gumilev (1886-1921) a song of the highest humanity was broken on his lips, the glorification of pain in the hour of the crucifixion; Anna Achmatova (born in 1889) closed in her simple and good heart those words and images with which only the great poets know how to trace their capacity to love and understand from the depths of the human soul.

Even the rapid flowering of occasional poets of the first years of the revolution hardly remains a trace; of the most promising ones, only the memory has been preserved, as for example of the two poets of peasant origin such as Esenin, namely NA Kljuev (born in 1887) and SA Klyčkov (born in 1889); the group of “Kuznica” (The forge) founded in 1920, with VT Kirillov (born in 1889), M. Gerasimov (born in 1889), VV Kazin (born in 1898), has completely dispersed as if the group of imaginists, whose two promoters Vadim Šeršenevič and A. Marienhoff ceased to create when, when Esenin died, the group lost the only original poetic force that it had been able to attract, and ceased altogether is the group of acmeists who, reporting to Gumilev, he had tried to find a way out of the exhausted symbolism. And perhaps only one true poet has Soviet Russia, Boris Pasternak (born in 1890), a poet responding to tradition but at the same time ripe with new experiences on the basis of an original creative impulse. 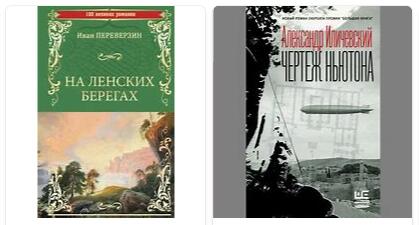