Political and Social Significance of Religion and Denominationalism in Egypt (III)


In addition, prominent Salafists shock secular forces, women and Egyptians whose income depends on tourism, wanting to repeatedly introduce announcements, dress codes and gender segregation, to ban alcohol and swimwear and to establish a moral police. The Salafists founded a total of six political parties, the most important of which was the Nour Party which surprisingly emerged as the second strongest party in the parliamentary elections (see section “History and State”). The leaders of this party make ambivalent statements about the party’s plans with regard to the legal equality of women and Copts, guarantees of freedom of expression and assembly, and the enforcement of Islamic moral regulations according to Islamist interpretation. The credibility of the Salafists in this regard has suffered considerably after several moral scandals by Salafist members of parliament.

In the second half of 2012 there was an increasing polarization between Islamist and secular political forces as well as an increase in verbal and physical attacks by Islamists and especially Salafists on secular people and opposition groups. The police were conspicuously neutral in these clashes and did not take action against violent Islamists. The Salafist scene is constantly changing. New groups appear and the composition of existing groups, parties and alliances changes. The so-called “Hazemun”, named after their leader Hazem Salah Abu Ismail, are among the important Salafist groups that formed after the revolution. The Hazemun advocate a radical application of Sharia law and advocate the introduction of a kind of moral police to intervene against violations of Sharia law in public spaces. At the end of 2012, they led a campaign against the Egyptian media. They are also charged with threats and a number of violent attacks against opposition groups.

According to programingplease, formerly militant Islamist groups Formerly militant Islamist groups such as al-gama’a al-islamiya and The Egyptian Islamic Jihad can also be attributed to the Salafists. The main difference between them and the da’wa Salafists is that, unlike the latter, they recognize the controversial principle of the duty to rebel against un-Islamic, unjust rulers and, based on this, took up the armed struggle against the Egyptian regime in the mid-1970’s. The da’wa Salafists described above strictly reject this principle, even if the ruler is corrupt and not according to Islamic law, which governs Sharia. Most of the militant groups were formed in the 1970’s. They were initially supported by President Sadat’s regime against the then strong left-wing students and intellectuals, but later became radicalized and turned against the regime, which was considered to be incredulous. They differed less in their ideology than in their strategy for establishing an Islamic state. The gama’at islamiya put more emphasis on the Islamization of society from below, while tanzim al-jihad directed their attacks directly against the main exponents of the regime in order to take over the state and then enforce their own interpretation of an Islamic society from above. Members of the tanzim al-jihad group shot and killed President Sadat in 1981, leading to an unprecedented wave of Islamic militant arrests. After their release in the 1980’s, many went to Afghanistan, to take part in the fight against the Russian occupiers. Some later joined Al Qaeda, others reconstructed the militant organizations in Egypt and launched a massive wave of attacks and assassinations against exponents of the state and the security forces, Copts, tourists and secular intellectuals in the 1990’s.

After the assassination On the Hatshepsut Temple in Luxor in 1997, the militant groups began a revision process that ultimately ended with the abandonment of armed struggle. The attacks that followed in Egypt were not carried out by them, but either by isolated individuals influenced by the ideology of the militant Islamists, or they were attributed to Palestinians or Al Qaeda. Most observers assume that by turning away from violence, the militant groups also gave up the principle of rebellion against un-Islamic rulers themselves. However, certain texts and statements in the revision documents can also be interpreted to mean that they have only suspended this principle but not finally given it up.da’wa (call for religious commitment) activities. After the revolution, almost all members who were still in prison were released. This also includes Abud El Zomor who, together with other prominent formerly militant Islamists, founded the Development and Development Party.

The traditional leaders of the formerly militant groups today sometimes take surprising positions. For example, former jihad leader Tareq El Zomor called on President Morsi to appoint Copts and women as ministers. Some of the formerly militant leaders founded the so-called Democratic Jihad Party, which explicitly rejects radical and militant interpretations of Jihad and Islam and supported Ahmed Shafiq against the Muslim Brother Mohamed Morsi in the presidential elections. On the other hand, a number of people from around these groups took radical positions in the context of the constitutional discussion and the discussions about the character of the future political system in Egypt. Some rejected the draft of the new constitution. 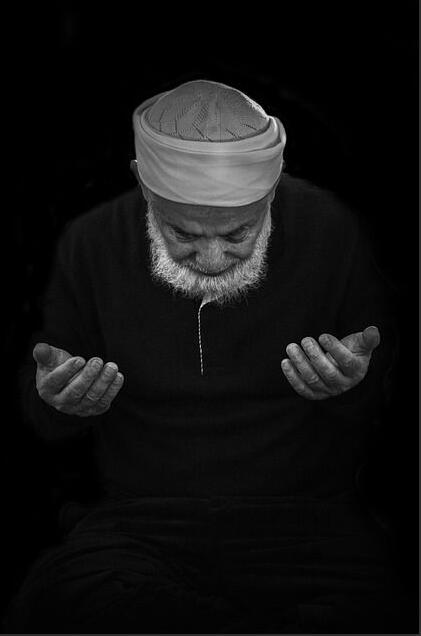