Political and Social Significance of Religion and Denominationalism in Egypt (II)


Under the conditions of repression before the revolution, these internal contradictions and objective conflicts of interest remained hidden, but after the revolution the leadership was faced with demands for more opportunities for female and young members to participate and for more transparency in organizational and financial matters. Especially the youth of the MB who stood up against the regime’s attacks during the revolution side by side with their secular companions, are calling for more transparency and internal democratization. The leadership of the MB has so far shown little willingness to comply with these demands, as they not only affect material and power interests, but also involve the risk that internal tensions due to the various social and class interests of its members will intensify and the organization will face a longer term Face the ultimate test. Instead, the MB entered into a tactical alliance with the Salafists in the spring and in the last few months have been ambivalent towards initiatives and protests by other political forces. Many secular groups and parties accuse the MB of opportunism and unofficial negotiations with the military council to strengthen their own position of power at the expense of enforcing the formerly common demands of the revolution. The internal disputes led to a wave of withdrawals from the organization and the founding of several alternative parties by former MB members. The most important are Wasat party with the prominent doctor Abdel Moneim Abul Futuh, who was also a candidate for the 2012 presidential elections, and the Egyptian current party, in which many young former MB are members and which in the parliamentary elections an alliance of the party alliance “the revolution” goes on “, in which socialist parties are also represented. 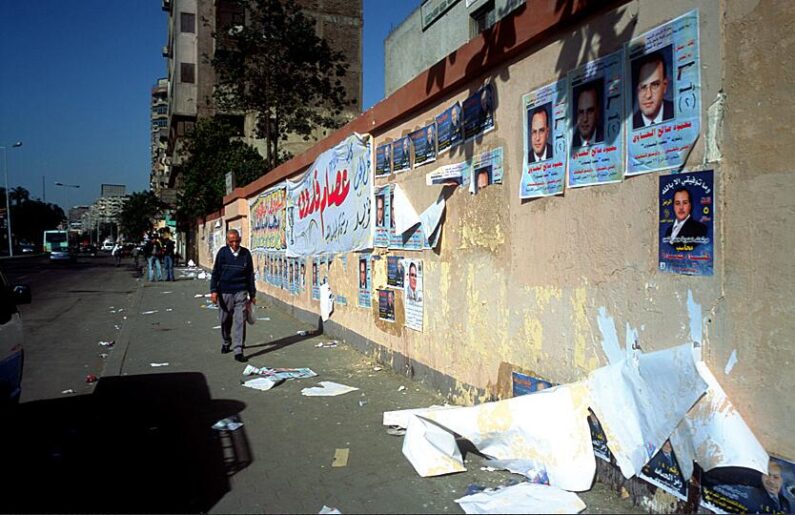 The Muslim Brotherhood no longer has a legal status. In September 2013 an Egyptian court ruled that the MB party was banned.

The Salafists are a new force on the political stage. Before the revolution, they were essentially limited to da’wa, activities that call on Muslims to obey religious rules (according to the Salafi interpretation) and to actively campaign for Islam. Salafists are not a closed organization, but rather an educational one a variety of groups grouped around well-known Salafist Sheikhs. They mainly used mosques to spread their message and recruit new members, but also satellite TV channels and websites. You have access to considerable resources, mainly from zakat(religious alms that are mandatory for Muslims), donations and donations from the Gulf States. The latter are distributed through a complex network of religious NGOs and institutions. The Salafists have managed to take over a large number of mosques over the past two decades and also to gather supporters in state religious institutions such as Al Azhar, the oldest and most respected center for Islamic research and teaching in the entire Islamic world. These include, for example, members of the so-called “Front of the Azhar Scholars”.

The activities of the Salafists were tolerated by the state as long as they kept within the limits set by the regime and the security apparatus. On the contrary, the regime benefited from the Salafists and used them to provoke disputes at certain times, which were intended to divert attention from the social and political hot spots of the increasingly loud protests of recent years. In order to neutralize the resistance, the regime gave the Salafists wide leeway to provoke religious tensions or to mobilize against cultural and literary productions that were declared morally or religiously offensive. At the same time, the provocative actions of the Salafists allowed the regime to to present oneself to the West as a bulwark against the seizure of power by radical Islamists. The last major Salafist campaign was against the Coptic Church, which was accused of having women who converted to Islam were detained in churches and monasteries against their will.

However, the press is full of eyewitness accounts of Salafists’ instigation of a series of violent clashes between Muslims and Christians in which more than 25 people were killed. The justification for the official condemnation of the violence on the part of prominent Salafist sheikhs also gives cause for concern. They argue that non-Muslims enjoy a protective status, dhimma, in Islam, for which they have to pay a special tax, gizya, in an Islamic state. However, the concept of dhimma and gizya or dschizya is hardly compatible with democratic principles such as citizenship and legal equality.