Archipelago of Micronesia, located west of the Caroline islands. The Palau are in all, between islands and rocks, 109, partly of coral origin, partly volcanic. Major Babelthuap is inhabited, along with only six others. According to Abbreviationfinder, an acronym site which also features history of Palau, the inhabitants are Polynesian, in the somatic traits similar to the Papua and the Malay.

From 1885 they belonged to Germany but then passed on to Japan which placed the main administrative center in Madalai, on the island of Korror.

During the Second World War the Palau were the scene of struggles between Japanese and Americans. The latter occupied them in September 1944 and established a base from which to lead a strong offensive in the Philippines, also in the possession of the Japanese.

On April 3, 1947, the United Nations entrusted them to the United States in trusteeship.

These islands too, like the others in the area, entrusted to the United States in trusteeship, signed an association agreement with them and as “sovereign state freely associated with the United States” in 1994 they were admitted to the United Nations and were called the Republic of Palau. The United States, however, continued to follow the evolution of its foreign policy and always made itself responsible for its security.

In 1992 Kuniwo Nakamura became President of the Republic which was later confirmed in the role also in 1996. 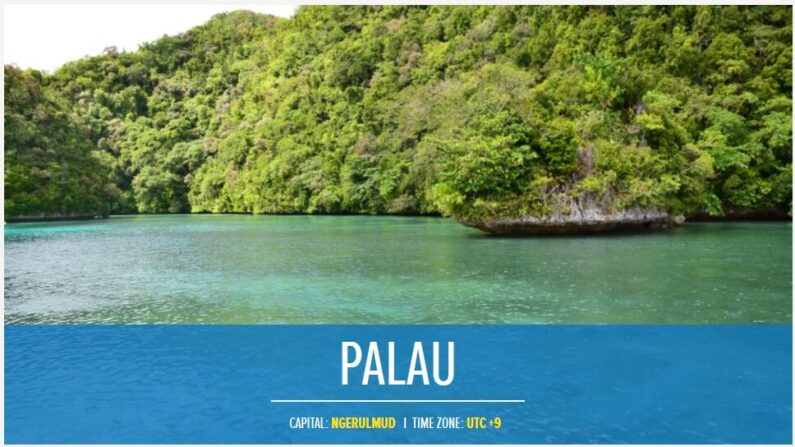