Oceania is the world’s smallest continent. Its 8,525,989 square miles make up 5.8 percent of Earth’s land area. With approximately 35.7 million people, Oceania has about 0.6 percent of the world’s population.

The highest mountain is Mount Wilhelm at 4509 meters above sea level in Papua New Guinea. The longest waterway is Murray-Darling at 3490 kilometers in Australia. Lake Te Anau, New Zealand, with its 33 square miles, is the largest permanent freshwater lake. The largest lake when it is met is Australian Kati Thanda / Lake Eyre with a maximum of 9500 square miles.

The name Oceania was coined around 1812 as ‘Oceanie’ by the geographer Conrad Malte-Brun. It has its origin in the Greek word ‘okeanós’, which means ‘sea’.

According to COUNTRYAAH.COM, Oceania is divided into 14 independent countries. Seven are monarchies and seven are republics. In addition, there are several American, Australian, French and New Zealand possessions. Oceania’s largest independent country is Australia, the smallest being Nauru.

Most of Oceania has a maritime temperate tropical climate with high humidity, plenty of rainfall that often comes as afternoon showers and a stable temperature with few seasonal changes. The average temperature year round is 25 to 27 o C. Mountainous and large islands some distance from the equator receive the most precipitation from the trade winds, while the islands in the equator belt are characterized by the tropical still belt. Occasionally, tropical low pressures occur in courses from east to west 5-10 degrees or more from the equator ( hurricanes and typhoons orpigeons ).

Australia is located in a high pressure area and is very dry with extensive steppe and desert areas especially in western and central areas. The south-east passage gives summer rain in the north and west winds winters in the southwest. 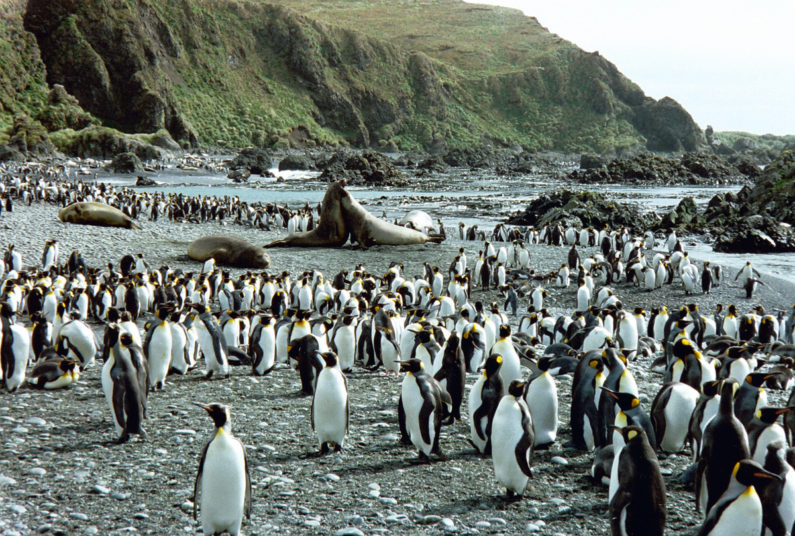 New Zealand lies in the west wind belt with migratory low pressure. There is a temperate climate with even annual rainfall.

A change of the pass and sea ​​power system occurs every 5-10 years. This El Niño effect or southern oscillation (ENSO) weakens the passage and west winds occur in the tropics. This is linked to higher air pressure and drought in the west, and warm seawater is driven to the east, causing major disruptions in South America.

It is tropical vegetation with rainforests on the major islands and eastern Australia. There are several palm species, with the coconut palm being the most commercially important. In Australia, for example, eucalyptus trees grow and in New Zealand, among other things, kaurifuru and tree ferns.

Wildlife in Australia and New Zealand is distinctive. Australia has a special mammalian fauna, including marsupials such as kangaroos and koala, beakers, antlers and rabbits originally imported from Europe. The bird fauna is distinctive with species such as budgies, killer tail and laughing bird. Special birds in New Zealand include kakapo or owl parrot, several species of kivi, kea and kaka. Many of the native birds of the Hawaiian Islands are extinct.

Wildlife on the islands is relatively poor. There are few mammals, but on several of the islands there are large seabird colonies including terns, frigates and tropical birds. In subarctic islands far south, among other things, albatrosses nest. 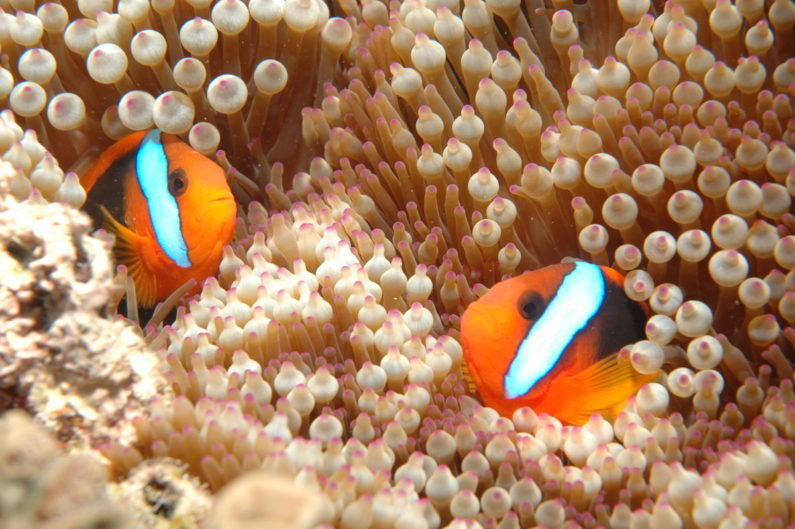 There are several whale and seal species in the sea. On and by coral reefs are a large number of species of fish and coral and other invertebrates.

Oceania is the world’s most populous continent after Antarctica. The greatest population density is in the southeastern part of Australia and on the North Island of New Zealand. Approximately 92.4 per cent live in the three countries Australia, New Zealand and Papua New Guinea, which means that 2.7 million people live throughout the island.

In Australia and New Zealand, the majority of the population is of European, most British, origin. The islands were populated mainly by several immigration waves from surrounding continents and other islands in prehistoric times. The original immigrants came mainly from South and Southeast Asia.

There are several main groups of the original population. In Australia, the indigenous Aboriginal people with their dark brown complexion form an Australian subclass of the Caucasoid human type. The main groups of the indigenous peoples of the rest are Melanesians, Micronesians and Polynesians. The latter in the east have both Caucasian and Mongol features, and are light-skinned. The Micronesia in the northwest is of mixed origin with elements of Malay in the west and Polynesians in the east, while the Melanesians have a brownish-black complexion but few general features. The Native people of New Zealand, the Moors, belong to the Polynesians.

Extensive immigration over the past 250 years has led the white population to be dominant in Australia and New Zealand, but in some of the islands and Australia there has been significant immigration from East Asia in recent years.

Christianity is the most important religion in Oceania. Traditional religions, which are often animistic and contain spirits that represent forces of nature, are characteristic of traditional tribes. At recent censuses in Australia and New Zealand, large sections of the population stated that they did not profess any religion.

In Papua New Guinea’s inland, a large number of Papua languages ​​are spoken.

The only states in Oceania with global resource potential are Australia and New Zealand. Both countries have large exports of agricultural products, minerals, energy raw materials, a well-developed industry and high employment in service industries. Outside Australia and New Zealand, industry is little developed. There is mining, among others, at New Caledonia and Fiji.

Most of the agriculture, fishing and crafts are run by the small Pacific states for self-sufficiency or local markets. The most important agricultural products exported are bananas, cocoa, copra (from coconut) and sugar. The most important fish exporting country is New Zealand. Sales of fishing licenses to other countries’ fishing fleets, including Japan’s and the United States, provide substantial income, as many of the Pacific countries have large ocean areas.

Phosphate extraction is of great economic importance in several islands. In a number of Pacific islands, revenues from military installations and assistance from abroad are of great importance. 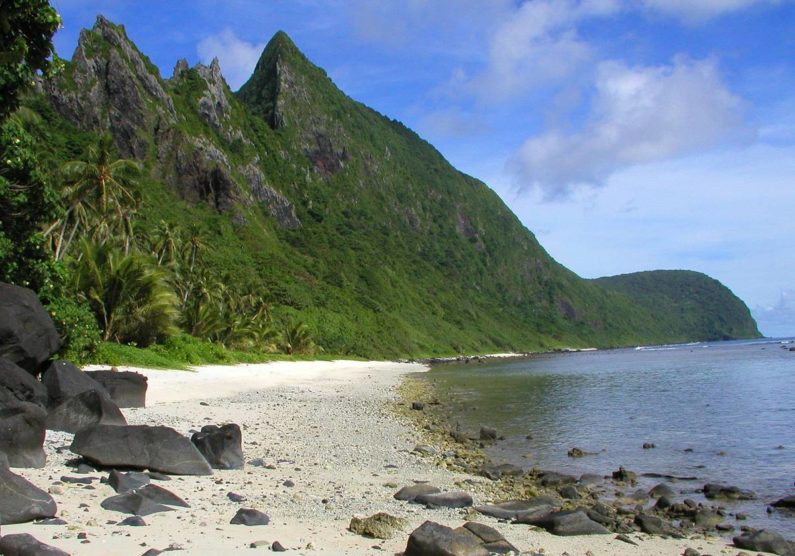 The earliest people to populate Oceania probably came from Southeast Asia. It is possible that Papua New Guinea had a population earlier than Australia, which began to be populated some 65,000 years ago, when the coastline was about 100 meters lower than today’s level. The earliest people came in from Timor.

Over several millennia, due to great distances, a number of smaller societies emerged with great linguistic and cultural characteristics and differences. They did not produce metals, but ceramics in several places. Some of the world’s earliest farming occurred in New Guinea.

Boat building (including large outrigger boats ) and good knowledge of navigation, ocean currents and sea routes between coasts, led to voyages and emigration to Fiji and Tonga to Samoa, and then to the Cook Islands, approximately 1500-500 BCE. The Pacific area was gradually populated from east to west. Tahiti settled between 300 and 800 CE, New Zealand around 1000 CE, Hawaii approx. 300-500 and Easter Island farthest east maybe about 1200 AD.

The Tu’i Tonga Kingdom was founded in the 9th century and expanded between 1200 and 1500.

The Portuguese discovered New Guinea in 1511, but in earnest only in 1526. Europe towards exploration of Oceania began under the Portuguese Fernão de Magalhães ‘ (Ferdinand Magellan) circumnavigation when he in 1521 crossed the Pacific, but only discovered some uninhabited atolls before he came to Guam. In 1542 the Spaniard Lopés de Villalobos came to Palau. The first to cross the Pacific from west to east was the Spaniard Andrés de Urdaneta in 1565.

The Dutch were leaders in the early exploration of Australia in the first half of the 17th century. This happened while trying to expand their trading sphere from East India to Oceania. Pieter Nyuts reached the coast of South Australia in 1627, and the north coast was visited in 1636. Jacob Roggeveen discovered Easter Island and Samoa in 1721-1722. Abel Tasman “discovered” northwestern Australia, Tasmania, New Zealand, Tonga and Fiji in the 1640s.

James Cook undertook three research trips in Oceania in the 1770s. He was killed in Hawaii in 1779. The British established a colony in Australia in 1788. In 1789, the mutiny on the sailing ship ‘Bounty’ led several mutineers to sail to the Pitcairn Islands via a residence in Tahiti and settled there. The archipelago later became a British colony.

Throughout the 19th century, it was primarily merchants and missionaries who were interested in Oceania. British created colonies in New Zealand in 1840 and Fiji in 1872, and many lands in Oceania became part of the British Empire. The unification of six British colonies in Australia led to Australia becoming British dominion in 1901, while New Zealand gained dominion status in 1907.

German traders established themselves in Samoa in 1900 and the German colonial kingdom eventually included New Guinea (1884), the Carolinians, the Marianas and the Marshall Islands.

France conquered New Caledonia in 1853 and French Polynesia in 1889.

The United States also expanded in the area. Among other things, Hawaii became an American territory in 1898 (and the state in 1959), and eastern Samoa and Guam also became American possessions.

After World War I, the German colonies in the Pacific became mandate territories under Australia, New Zealand and Japan. During World War II, Japanese forces invaded New Guinea, the Solomon Islands and other Pacific islands. Japan came to war against the United States following the surprising attack on the US Navy Harbor Pearl Harbor in Hawaii in 1941. After bloody battles between American and Japanese troops on many Pacific islands, the Japanese lost, among other things, the Battle of the Coral Sea and were finally defeated in 1945.

The first of 20 US atomic bomb tests was conducted on the Bikini Atoll in 1946. Australia, New Zealand and the United States signed the ANZUS Defense Pact in 1951. The same year, the first US hydrogen bomb was tested on the Enewetak Atoll.

In 1946, Polynesians gained French citizenship and the status of the islands changed to an overseas territory. In 1957 the name was changed to French Polynesia. In the 1960s, a few atolls in the Tuamotu Islands became an internationally disputed test site for nuclear bomb blasts. The last test was conducted in 1996.

Many of the Pacific states are among the smallest in the world in terms of both land and population, and the ties to the former colonial powers are still strong.