Music in the Dominican Republic


Dominican Republic music has deep roots in West Africa and Europe. Some of the music scene has also absorbed some cultural elements from the Taino Indians, who made up the majority of the population when Columbus came to America in 1492.

In traditional and popular music, dance and music are closely linked. Merengue is considered the Dominican national dance and became very popular from the late 1800s. The lyrics are often satirical with comments on current events. Merengue gradually gained popularity internationally as well, and today holds a central place in the Latin American music tradition.

Beyond the 20th century, bachata, a dance and music that originated in the countryside, has gained great support. In addition, salsa and western influenced pop and rock are popular.

The establishment of a European musical life began with the first colonists. A chair in music at the old university Primada de America (1538) was the foremost task of educating church musicians. A public music scene with composers who wrote works for military and civilian wind orchestras developed in the 19th century. Work in orchestras and music academies led to the establishment of the National Symphony Orchestra (1941) and the Music Conservatory (1942). 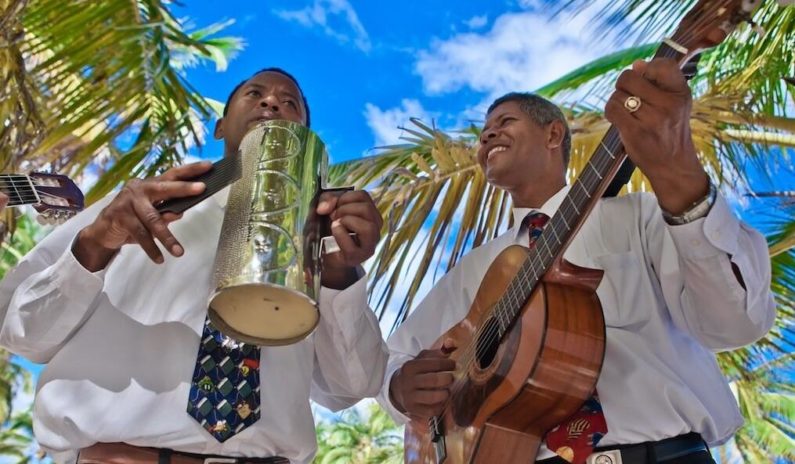 Nationally-oriented composers such as Juan Francisco García and Rafael Ignacio composed symphonic music with Dominican rhythms and folk tunes. Similar national features are not found in the works of Enrique Mejía Arredondo, Enrique Marchena and Manuel Simó. The establishment of the National Choir in 1955 (with folk songs, international choral music and sacred works in the repertoire) has stimulated the interest of choral singing among the composers and led to the emergence of private choirs and school choirs. A National Archives for Music was founded in 1968.