Ethiopia lies on the border between the Islamic-dominated African belt and black Africa. Ethnic and linguistic diversity is reflected in the music scene, although the Arab cultural influence is dominant. Strong elements of black African music are found in the western part of the country, with vocal polyphony and jod-like techniques, composite rhythms, mbira (lamellophone), string harps, horns and flute ensembles. Among the Islamic people in the East, mainly Arabic-dominated tone is used. In the northern, central and south-eastern parts, the various folk groups exhibit some common musical features, such as melodic rich melodies, penchant for stringed instruments, heterophony, accentuation of the lyrics and relatively uncomplicated rhythms.

The dominant position of the Amhara people, socially and culturally, also characterizes the music scene. Within the Ethiopian Orthodox liturgy with its ancient traditions, ornamented unanimous singing accompanied by drums and other rhythmic instruments, clapping, cheering and ringing is used – inside or outside the church. The worldly music is also mainly vocal, but often with instrumental accompaniment. Both harp-, lyre- and lute-type climbing and striking instruments are available in many different variants. Besides unanimous singing, there are a number of different forms of polyphony.

In the urbanized part of music life, mass media plays an important role. Western influences are felt in both traditional music and new popular music. Perhaps the biggest name in the latter area was singer Aster Aweke, who garnered considerable international attention. Both traditional Ethiopian music and Western art music form the basis for the education of practitioners, among others. at the National School of Music. Leading composers are Ashenafi Kebede and N. Nalbadian. 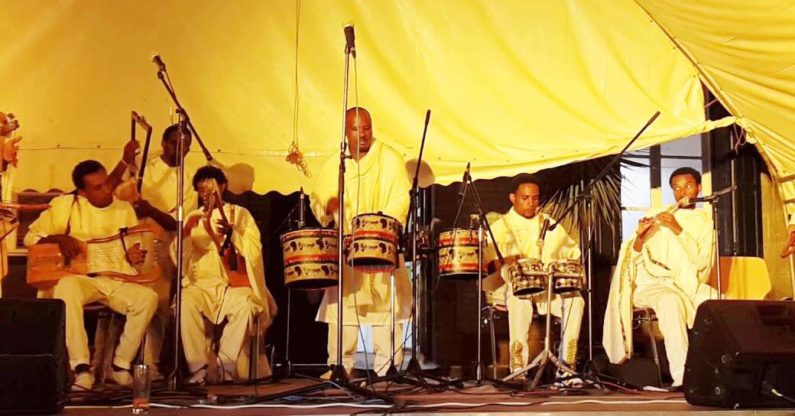