According to thesciencetutor, the housing situation in Cairo is scarce. One of the many realtors will help you find a place to stay. A brokerage fee of 10-25% of the total rent is usually due for brokerage. It is helpful to ask local people who to turn to. Rooms in shared flats and apartments can also be found via propertyfinder, Craiglist Egypt or the Cairo family network, as well as various daily newspapers. You can also use the notice boards of cultural institutes and language schools to study apartment advertisements or to hang up a search advertisement yourself.

As a point of contact you can stay in one of the many hotels in Cairo. If you want to stay a little longer until you have found a suitable apartment, you can usually negotiate discounts or a flat rate. Reliable tips for hotels of all categories can be found in any relevant travel guide or online. The quickest way for students and budget tourists to find cheap hotels is to simply walk down the central streets of the city centers. For women is Dina’s Hostelan interesting alternative. It was founded after the revolution and is the only hotel managed by women only. The managers are also organized in the revolutionary women’s coalition and make the hotel rooms available for meetings and events of revolutionary women’s initiatives.

Most foreigners in Cairo live in Mohandessin, Dokki, or the quiet areas of Zamalek and Maadi. Since 2000/2001, more and more quarters for the better-off have emerged outside the center (6th October, New Cairo, Heliopolis etc.). The apartments here are often located on compounds and mostly offer more modern equipment, but also significantly higher prices. City center apartments are often furnished. Rents are often paid in cash 3-6 months in advance. Women living alone and flat shares in particular should clarify before renting whether there are certain regulations regarding the reception of visitors, gender segregation, etc. and that the doorman (Bawab) has been informed. Not all apartments have heating, but some can be heated using the air conditioning.

Security and water supply are unproblematic in almost all areas. Because of the heavy traffic, it is generally advisable not to live too far away from work or other places that you visit regularly.

Electricity and water fail almost every day. It hits all parts of the city regularly, three to four times a day.

The supply is uncomplicated; basically you get all the goods you need for everyday use. In most of the city districts there are small shops, in the more modern areas outside the city center, large malls and supermarkets have emerged in recent years (Carrefour, Alpha Market, Metro etc.) 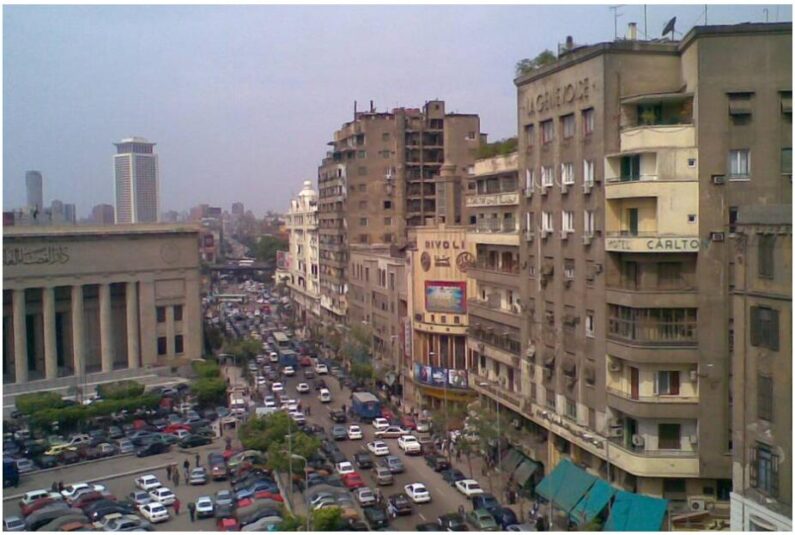 The official currency in Egypt is “the Egyptian pound”. 1 pound (abbreviations: LE = Livre egyptien or EGP = Egyptian Pound) is divided into 100 piastres. 1 euro corresponds to approx. 18.89 LE (as of 2020).

Various banks are based in Egypt. With both credit cards (especially the popular VISA and Mastercard) and EC cards, it is possible to withdraw money from ATMs without any problems – at least this applies to Cairo and the larger or tourist-frequented cities.

Many restaurants and larger shops accept major credit cards in normal payment transactions. It is usually not necessary to open a separate account in Egypt.

Egypt’s press is one of the most influential and widely read in the region. The Egyptian TV and film industry supplies much of the Arabic-speaking world with shows from their media production city.

Independent journalists and media have been the target of attacks since the Arab Spring and until today. According to the journalists’ association, more than ten journalists were killed in clashes in November and December 2011 in Cairo, most of them from gunshot wounds, and several were shot in the eyes. Numerous journalists, including foreign journalists, were intimidated, threatened, beaten, arrested, and their cameras were confiscated or destroyed. TV channels and journalists’ offices have been searched, documents confiscated and equipment destroyed, and at least two TV channels are continually affected by interference. The international NGO Reporters Without Borders wrote several statements on these events and regularly publishes information on its website.

New media such as blogs, YouTube, Facebook and Twitter played an increasingly important role in Egypt even before but especially after the revolution. The internet- The penetration rate increased from 0.7% in 2000 to 11.4% in 2007 and to 27% in December 2012 with more than 22 million users. The number of Facebook users rose from 0.8 million in July 2008 to 7.9 million in July 2011 and over 12 million or 15% of the total population in December 2012. Even the Egyptian military council has set up an official Facebook page. According to a study by the eMarketing Egypt agency, 63% of all Internet users involved in demonstrations obtained their information exclusively from the Internet during the revolution. 71% relied primarily on Facebook as a source of information. Youtube is also increasingly used as a source of news information. Many television channels, including Al Jazeera and On-TV, put all important programs on the Internet.

Blogs, Facebook and Twitter will be monitored even after the revolution. Bloggers and internet activists continue to be threatened with repression or even imprisoned. After President Morsi took office, there were repeated verbal and physical attacks on the media, as well as attempts to intimidate and criminalize journalists. Several journalists were killed in violent clashes.

Basically it is not a problem to get an internet connection in the apartment. There are numerous providers, for example TE Data, Vodafone, Orange or Etisalat. The lines are reliable and fast. Current information about Internet speed in Egypt can be found in the Speedtest Global Index. Invoices can either be paid directly at a service point of the provider or in a shop with a “Fawry” (cash) service. All operators offer the option of concluding a contract or charging the cell phone with prepaid cards. The costs are similar everywhere. All operators also offer internet access via USB internet surf stick.

Information for tourists can be found on the German-language website of the Egyptian Tourist Office. The travel reports on the Wildtrips travel portal offer many suggestions for tourist activities

In the Yellow Pages you can find many addresses from Asian cuisine to physiotherapists and zoom lenses. A wide range of practical information such as shopping and going out, services, housing offers, staff, child care, medical care, buying and selling and much more can be found on the Craiglist website. Families with children will find a lot of useful information and offers for a wide range of activities in the Cairo Family Network.

A leisure activity that is particularly relaxing in stressful Cairo is a visit to one of the public baths. In contrast to Turkey and Syria, there are only a few such baths in Egypt that are still in operation today. The historical Hamam AL Sultan and the more expensive Dar El Maghreb in the Dokki district (16 Salah El-Deen Mostafa, Dokki, Cairo – no website) are considered relatively clean and well-managed.

In some places, such as shopping centers, clubs, restaurants and bars, there are certain entry conditions, including dress codes and rules of conduct. For example, this article contains information about such regulations.

Information on consular services and support in emergencies can be found on the websites of the German embassy in Cairo and the Egyptian embassy in Berlin.

There are also a number of English-language online portals and newspapers. The most important of these are:

Further links to Arabic online newspapers and magazines can be found on the Egypt page of the online portal onlinenewspapers.

A lot of background information on current events in the fields of politics, economy, society and culture can be found on blogs and Facebook. However, the latter is mostly in Arabic. Some of the most popular English language blogs are: