Ethiopia was the only African country to have developed its own extensive writing tradition before meeting Europe, and there are a number of ancient works of historical, religious, moral and legal character written in geez, the ancient literary language now used only in the liturgy of the Ethiopian Church. The oldest manuscripts known are from the 1300s, but the ancient Ethiopian literature is considerably older. The Bible was probably translated in the 400s. The period from the 600th to the 1200s was marked by political turmoil, and only around 1270 did the literature gain a new upswing. The most well-known literary work of this time is Kebre Neghest (The King’s Glory), a chronicle of the Christian Ethiopian empires. Feteha Neghest also hears here (The Right of the Kings), which is based on the work of a Coptic cleric. 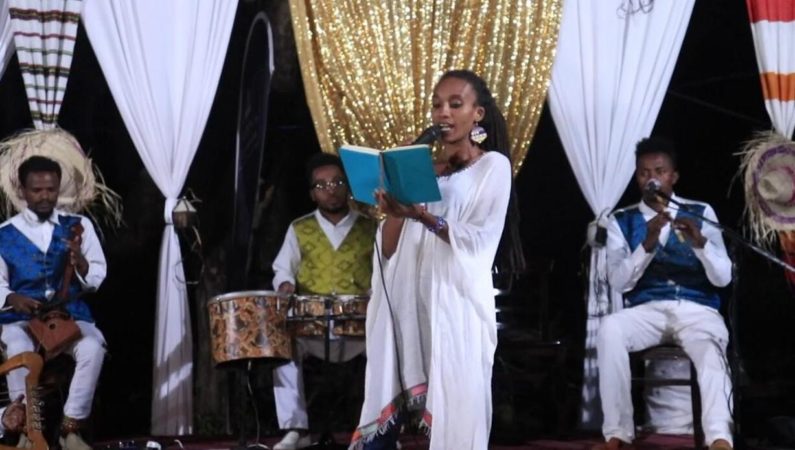 The vernacular, Amharic, had also developed an alphabet, and the first modern literature in this language came into being in the early 1900s. Mention can be made of the novel Lebb wallad tarik (1908, eng. Transl. 1964), written by Afawarq Gabre Yesus, a very moral story with clear didactic aims. Much of the literature up to the Second World War was characterized by moral edification and glorification of Ethiopia’s past.

The two most important genres have been the poetry, which has largely followed traditional patterns, and the drama, where the foremost writer is Menghistu Lemma (1925–88), who has had several plays translated into English. After World War II, English has become widely used, and several authors have used it. One of the first was the composer and writer Ashenafi Kebede (1937–98), with the novel Confession (1962). Sahle Sellasie (b. 1936) has written novels both in his own language, chaha (with Arabic characters). Shinega’s Village. Scenes from an Ethiopian Village (1964), and in English, i.a. The Afersata (1969). He has also written a book about the hero king Tewodros, the Warrior King(1974). Daniachew Worku (b. 1936) drew attention with The Thirteenth Sun , a critical novel about social injustice and corruption during the empire. Abbe Gubegna (b. 1934) depicted the Italian occupation in Defiance .

Ethiopian literature continued to evolve until the fall of the empire. In the period after this and during the civil war, little has come out, and there has been severe censorship. Literary renewal, on the other hand, has been in progress towards the end of the 1990s and the beginning of the new millennium, but conditions in both the political and economic spheres create problems for literary development.