After World War II, Emperor Haile Selassie emerged as a modernist leader, but his reforms took place only on the surface, and in 1974 Ethiopia was one of the poorest countries in the world. In February 1974, dissatisfaction with Haile Selassie’s regime escalated into a strike wave and demonstrations led by students in the capital, Addis Ababa. At the same time, several army divisions revolted with demands for higher wages and political reforms. In March there was a general strike for the first time in Ethiopia’s history. Within the army, younger officers organized themselves and formed in June the Armed Forces Coordination Committee (Dergen, Amharic Committee). On September 12, Dergen emperor Haile Selassie detained and placed him under house arrest. The military took control of the country through the newly formed Provisional Military Administrative Council (PMAC). General Aman Andom was elected Dergens first leader. 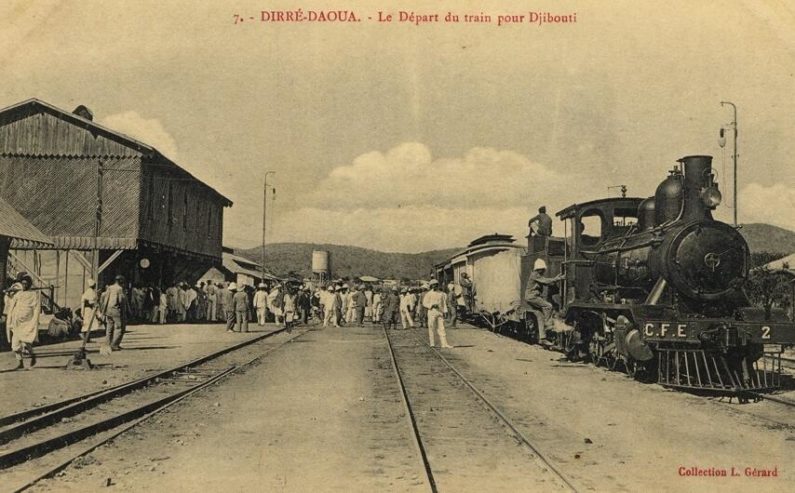 Emperor Menelik 2 sought to modernize Ethiopia, including by introducing the country’s first currency and stamps, and granted a license for the construction of a railway and a telegraph line from Djibouti to Addis Ababa. Here is the station in the town of Dire Dawa in 1912.

The revolution was not just a military coup; the takeover of power was the culmination of a rebellion against the monotonous and feudal system of government and the very difficult social conditions under which the great majority of the people lived. It is not yet known when and how Emperor Haile Selassie died, but he was probably murdered by the new rulers shortly after he was deposed.

At the time of the takeover, the military had no clear idea of ​​what course to take, and there was an intense power struggle within Dergen. In November 1974, General Andom was killed, and General Teferi Bante was elected new leader of Dergen, with Colonel Mengistu Haile Mariam and Colonel Atnafu Abate as Vice Presidents. In February 1975, Bante and five other executives in Dergen were executed, and Mengistu took over the leadership of the PMAC and became new head of state. In November 1977 Atnafu was also executed. In March 1975 Ethiopia became a republic. A form of Ethiopian socialismwas then put into effect, among other things, through the nationalization of all banks and several financial institutions and industrial enterprises, and a comprehensive land reform was implemented. All land was nationalized and each farmer was allocated up to ten acres. The ban on the housing system is considered the greatest gain of the Ethiopian revolution. In the cities, a large part of the housing market was nationalized. However, opposition to the military junta grew rapidly among students, and in 1977 Dergen launched his “red terror” to crush the two leftist parties EPRP and MEISON. Several thousands were killed and arrested. In 1979, a committee was set up to prepare the formation of a Marxist-Leninist party. The party, modeled on the Soviet Communist Party, was formed in 1984.

The defeat of Eritrea

The military regime continued the war in Eritrea. But also on other fronts, the central government in Addis Ababa was challenged by guerrilla organizations that demanded independence or internal autonomy. The largest of these was the Tigray People’s Liberation Front (TPLF), formed in 1975, and for periods of time worked closely with the EPLF. In July 1977, Ethiopia was attacked by Somalia, claiming areas in Ogaden. The Ogaden war went in Somalia’s favor to Ethiopia received military assistance from the Soviet Union and Cuba. Somalia was a Soviet ally, but the Soviet Union nonetheless chose to deploy an air bridge carrying weapons to Ethiopia, at the same time that some 3,000 Soviet military advisers arrived in Ethiopia between 1977 and 1979. Cuban and Yemeni soldiers participated in the Ethiopian side, deciding the war in Ethiopia’s favor. With its intervention, Ethiopia became the Soviet Union’s new ally on the Horn of Africa. The Soviet Union became Ethiopia’s most important weapons supplier from 1977, and in turn, among other things, built naval installations on the Dahlak Islands off Eritrea.

Soviet support was crucial for the junta to stay in power and resist the military pressure of the various liberation groups. Soviet Unionfrom 1977 also assisted with military advisers; several of these at the front of Eritrea. It was the military development in Eritrea that determined the political development in Ethiopia in the 1970s and 1980s. Ethiopia put great material and military effort into winning the war, partly because an independent Eritrea would cut Ethiopia from the sea. In the 1980s, several offenses were deployed against the EPLF, without the government forces being able to drive the liberation forces back. On the contrary, the EPLF won several regular battles and retreated the Ethiopian forces. In 1984, the EPLF conquered the cities of Tessenei and Mersa Teklai, and in 1985 the guerrilla attacked the airport in Asmara. In March 1988, the EPLF conquered the city of Afabet after hard fighting, with the result that the Ethiopian government lost all of western Eritrea. In February 1990, the EPLF then took control of the port cityMassawa and surrounded the Eritrean capital Asmara. At the same time, the TPLF was on the offensive in Tigray province, and in 1989 the Ethiopian government chose to evacuate the entire Tigray. The Cuban forces sent to Ethiopia to participate in the Ogaden war were gradually repatriated in the first half of the 1980s; the last in 1989.

In the 1980s, Mengistu sought to form a socialist state based on Eastern European model in Ethiopia, and made a switch from military to civilian rule, although most leaders still had military backgrounds. A key feature of this process was the founding of a state- supporting cadre, the Workers’ Party of Ethiopia(WPE), and to establish a new National Assembly (Shengo). In 1987, elections were held and Mengistu was elected Ethiopia’s first president. The Democratic People’s Republic of Ethiopia was proclaimed – with a new civil constitution. In the late 1980s, Marxist politics became more pragmatic. In addition, there was growing international resistance – not least from the Soviet Union – against the ongoing war in Eritrea and Tigray. It was this war that finally overthrew Mengistu’s regime in 1991. 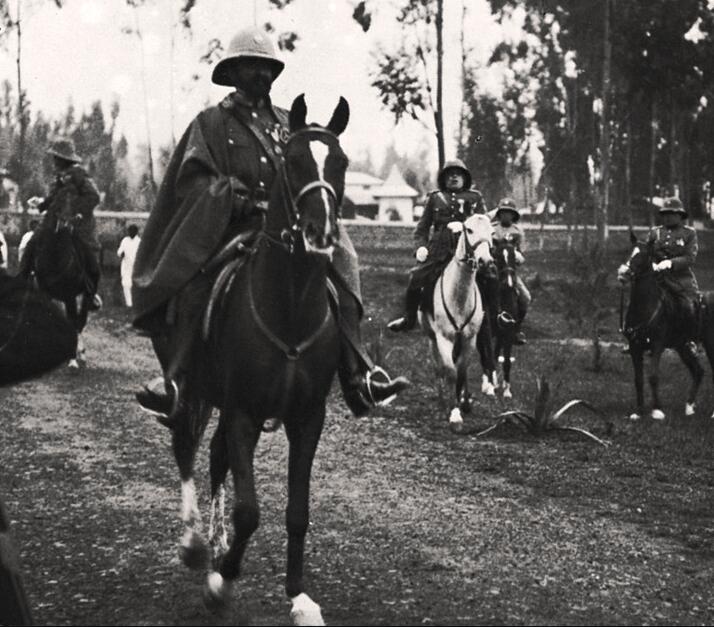