History of Ethiopia Part I


Ethiopia’s history is long and rich and is characterized by the fact that the area became very early Christian and was never subject to one of the European colonial powers. From the 13th century, the country developed a feudal social structure, which was to last until Emperor Haile Selassie was deposed and killed in a military coup in 1974. The strategic position on the Horn of Africa made the US and Soviet powers strongly involved in Ethiopia’s development and role in national and regional conflicts during the Cold War. After a protracted war, Ethiopia eventually had to let go of Eritrea, thus losing access to the sea.

According to legend, Ethiopia’s history dates back more than 3,000 years and was reportedly founded by Menelik 1, son of King Solomon and Queen of Sheba. Although the knowledge of the oldest period is fragmentary, the research tells a different story. 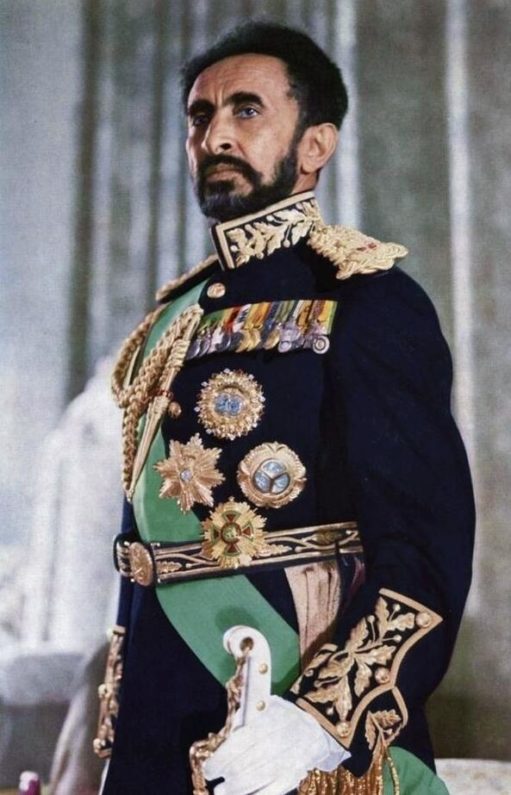 Haile Selassie 1 was an Ethiopian emperor from 1930 until he was deposed and killed in a military coup in 1974.

Egyptians followed the Nile to Ethiopia in search of gold and slaves, and Arab traders crossed the Red Sea to the Eritrea coast. Around the year 1000 BCE founded immigrants from the Arabian Peninsula trading stations along this coast. The Arab immigrants invaded the country, to the present day Eritrea and Tigray, leaving around 500 BCE. where the reason for the Aksum kingdom. Under Emperor Ezana (c. 320-350 AD), Christianity was made a state religion. Already in 615, Aksum came into contact with Islam when the Prophet Muhammad because of persecution in Mecca, their first followers sent to Aksum, where they were protected by the Christian king. For the next 250 years, Aksum was at war with the neighboring Arab states and subjugated parts of Arabia until it suffered defeat at Mecca in 570 and was thrown out of the Arabian peninsula. The Aksum Empire was isolated from the rest of the Christian world and disintegrated in the 600s. It was replaced by the Zagwe dynasty (1137–1270), who moved the political center of gravity southward and was responsible for the construction of the famous churches in Lalibela. In 1270, the so-called Solomon dynasty came to power. From that time we saw the development of a feudal valleystructure, and centralized power was constantly challenged by regional demands for independence. A number of kingdoms emerged and disappeared; the most important were Gojam, Tigray, Amhara and Shoa. During the Crusader era, Europe made contact with Ethiopian Christians in the Holy Land. From the 8th century, several Muslim sultanates also emerged in the southeastern part of the country, south of the Christian kingdom. The earliest was Shoa, who was later replaced by Ifat, and in turn replaced by Adal.

However, the war had brought significant destruction and a great deal of exhaustion. This left the country open to the Oromans who had started their extensive migrations northwards a few years earlier. The Oromans were based in southern Ethiopia (in today’s Gujji area), and through a combination of military expansion, migration and assimilation of other groups, they came to dominate the southeastern, central and western parts of Ethiopia. They also established themselves in parts of the northern areas, especially in Wello, where they soon came to play a significant political role. 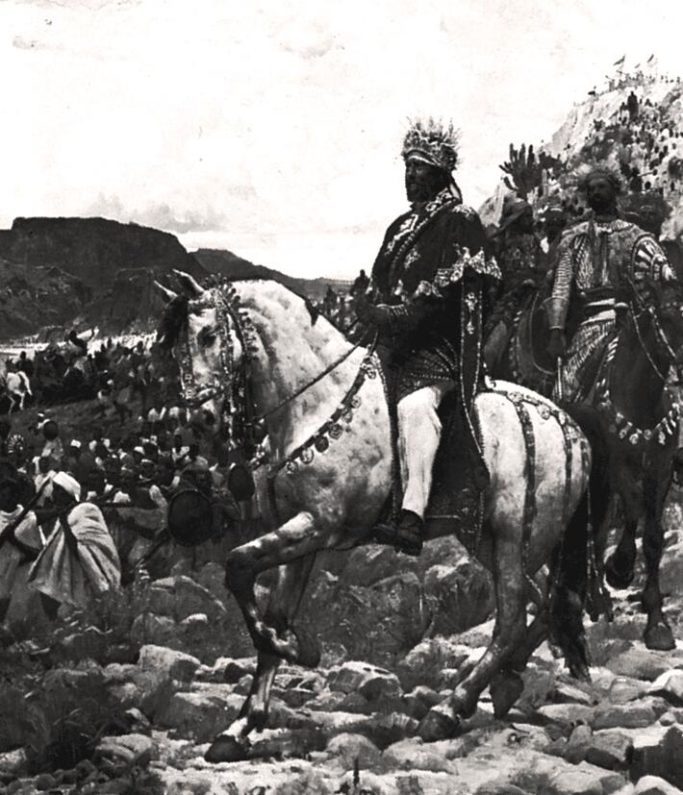 Under Emperor Menelik 2, the country retained its independence through alternate alliances and conflicts with European colonial powers. After painting by P. Buffet. Museum Luxembourg, Paris.