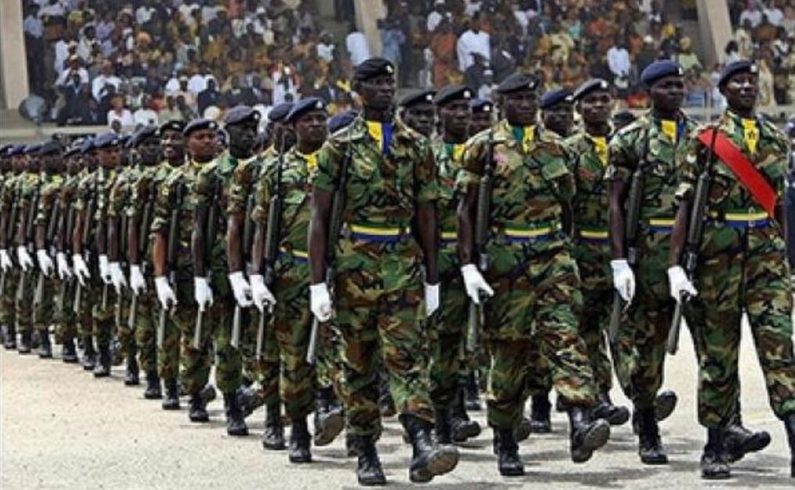 The Air Force has a workforce of 2,000 active personnel. Materials include eight training aircraft (which can also be used as attack aircraft), 14 light transport aircraft and 16 helicopters.

The Navy has a personnel force of 2,000 active personnel, and 14 patrol vessels.

Ghana participated in the UN operations in the Democratic Republic of Congo (MONUSCO) with 469 personnel and 15 observers in 2018, in Lebanon (UNIFIL) with 870 personnel, in Mali (MINUSMA) with 163 personnel and one observer, and in the South Sudan (UNMISS) with 861 personnel and ten observers.