Geography of the Gambia


The Gambia includes the lowlands on both sides of the Gambia River’s lower course. The land is nowhere wider than 50 km and is at its narrowest about 24 km wide. The country forms a low, wide valley (25-75 m asl), which is very prone to flooding. The banks of the river are covered by swamp and mangrove forest and freshwater grass, and within these lies a drier grassland that is often flooded during the rainy season. The grassland is called banto faros. Behind this lies low sand plateaus. The bedrock is mostly sandstone formed in tertiary.

The climate is of a dry, tropical type, dominated by the Northeast Pass in the winter and southwest winds in the summer. The annual rainfall varies from approx. 1200 mm out at the coast to approx. 750 mm furthest east; The rainy season lasts from June to October. The average temperature in Banjul is 23 ° C in the coldest month (Jan) and 26-27 ° C in the warmest months. 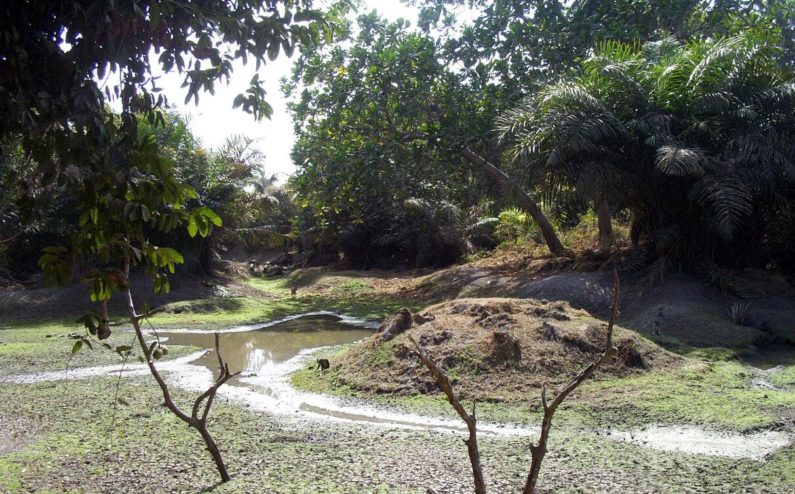 Antelopes (citatunga, script antelope and kob) and brush pigs are the largest mammals in the Gambia. Otherwise, there are many small predators, sunflowers, brush grains, house monkeys and cat mares. Hippos and crocodiles live in the Gambia River, snakes and lizards are common.

Pigeons, horn birds, bee-eater, Sunbird, starlings, Estrildid Finch and weaver birds are typical representatives of Gambia’s more than 600 bird species. Birds of prey are seen everywhere, vultures and blackbirds are especially numerous. The mangrove and wetlands are the habitat of rose pelicans, snake throats, many herons, eagles and icebergs. A number of European waders (including beach snipers and small spawls ) overwinter here.

Sludge crawlers (fish) and crabs are numerous in the mangrove forest.