The Gambia is completely enveloped by the French-speaking Senegal, and the relationship with the neighboring country has been ambivalent. After the coup attempt in 1981, the countries were united in the Senegambia Confederation, but this was dissolved in 1989. The federation came into being as a result of pressure from Senegal and was little wanted in the Gambia, which also trained the implementation of integration. At the dissolution, Senegal withdrew its troops from the Gambia.

The relationship with Senegal was somewhat measured during the first half of the 1990s, also due to a partly extensive transit trade that Senegal considered to be smuggling from the Gambia. The situation improved somewhat, and new agreements on trade and smuggling were signed in 1996-1997. The uproar in Senegal’s Casamance province has led to a smaller influx of refugees from there to Gambia on several occasions, with around 7,000 refugees in 2006. In 2005, conditions worsened as Gambia doubled the price of ferry transport across the Gambia River, at which Senegal closed border crossings between the countries. Following mediation under the auspices of the regional cooperative organization ECOWAS, as well as Nigeria’s then-president Olusegun Obasanjo, the conflict was resolved by reducing prices and opening borders. 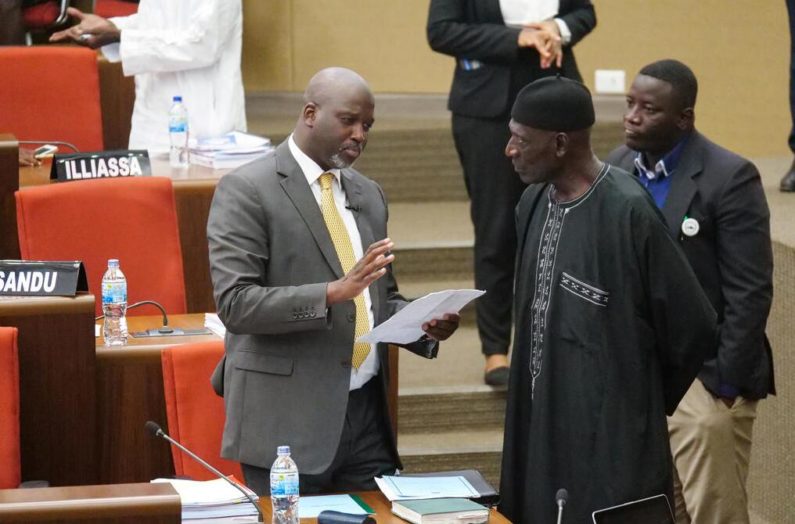 Under President Dawda Jawara, Gambia played an important role as a mediator in the civil war in Liberia, and Gambia participated from the start in a multinational peacekeeping ECOWAS force in Liberia (ECOMOG), later also in the ECOMOG operations in Sierra Leone in 1998 and Guinea-Bissau in 1999. Jawara also tried to mediate in the conflict between Senegal and Mauritania. The close cooperation with Nigeria was discontinued after the 1994 coup.

Libya was considered a destabilization threat under Jawara; in 1995, Gambia signed friendships with Libya and Cuba.

President Yahya Jammeh’s close relations with Libya were maintained after he was elected president in 1996. In addition, he sought to establish relations with other Muslim countries; unlike its predecessor Jawara, Jammeh (a converted) is a Muslim. Also under Jammeh, Gambia sought to play an active regional role, both through participation in multinational groups, which mediate in conflicts and participate in peace operations in the region. Relations with the United Kingdom deteriorated in 2001, when the Deputy High Commissioner was expelled from The Gambia.

In 2006, the African Union (AU) held its summit in Banjul, with nearly 40 African heads of state present.