The military service in Gabon is voluntary. The total force figures for Gabon’s armed forces are 4700 active personnel (2018, IISS). In addition comes a semi-military gendarmerie with 2000 personnel. Gabon cooperates defense policy with France, which in 2018 had forces of a total of 450 personnel stationed in the country.

The army has a personnel force of 3200 active personnel. Materials include 77 light trucks, twelve storm tanks, and 64 armored personnel vehicles. In addition, the army has medium-heavy artillery and light air defense artillery. 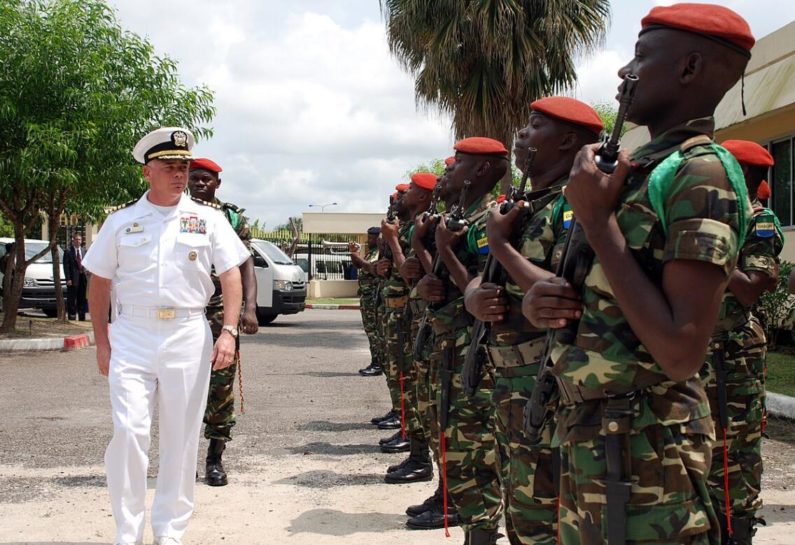 The Navy has a personnel force of about 500 active personnel, nine patrol vessels, and one landing craft.

Gabon took part in the UN operation in the Central African Republic (MINUSCA) in 2018 with an infantry battalion (436 personnel).