Prior to 1974, Ethiopia was a monarchy, with Haile Selassie as emperor. After the 1974 military coup, Ethiopia became a socialist republic and increasingly came to support the Soviet Union. The Communist regime under Mengistu Haile Mariam broke down in 1991 when the Tigray People’s Liberation Front (TPLF) took power. TPLF formed the Ethiopian Peoples’ Revolutionary Democratic Front (EPRDF) which has been the ruling party to this day. The EPRDF is in part a coalition of groups from different provinces; the party has advocated a federal system of government, and it accepted Eritrea’s independence in 1993.

Following the 1995 Constitution, Ethiopia is a federal and democratic republic. The head of state, the president, is elected for six years by the National Assembly and has mainly ceremonial duties. The prime minister is the real political leader of the country; he is nominated by the majority party and approved by the National Assembly. The Assembly has two chambers – a federation house ( Yefedereshn Mekir Bet ) with 110 members appointed by the state assemblies for five years, and a House of Representatives ( Yehizbtewekayoch Mekir Bet ) with 547 members, elected in direct elections for five years. The voting age is 18 years. In the 2005 election, EPRDF received 327 of the seats in the House of Representatives, in the 2010 election, together with allied parties, it received 534 of the 547 seats, while in the 2015 elections it received all seats. 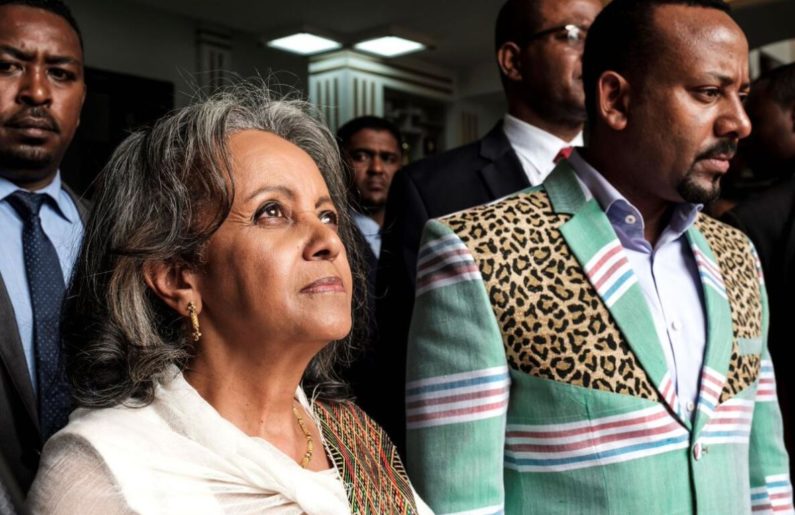 Ethiopia’s stability is threatened by major regional contradictions. Relations with countries such as Sudan, Kenya and Somalia have also been tense from time to time. Internally, the country’s policy has gradually been changed in a market-oriented direction. At the same time, the strong role of the state has been emphasized, which has been made clear by the developmental philosophy that has dominated since 2010. Although the damage after the protracted wars, severe drought and internal conflicts has made it difficult to create new growth, it has managed to obtain considerable economical growth. This has also resulted in increased aid and investment from Western countries and international money organizations.

What is unique about Ethiopia’s federal system is that it is based on ethnicity. The country is divided into nine states and two autonomous urban areas. The states are defined according to ethnic divides, have their own local administrative language, and governed by their own elected assemblies. The federal structure gives the states great independence, even the right to leave the federation. But in reality, the federal authorities exert great influence over the states. The metropolitan region and the Dire Dawa metro area have special status.

Ethiopia has local one-judge courts for criminal cases, regional courts for civil and criminal law with three judges (each state also has its own Supreme Court), a national appeals court and a federal Supreme Court. The head and deputy chair of the Supreme Court are appointed by the House of Representatives on a proposal from the Prime Minister. The Constitution also opens up a certain degree of legal pluralism. This means that individuals can choose to try their cases at Islamic Sharia courts and traditional institutions, which have jurisdiction over personal and family law.