Employment is one of the areas where the gender gap is particularly high. Around 16.7% of Egyptian women are gainfully employed (Federal Statistical Office 2019). The unemployment rate of women at 23.15% (2019), it is more than twice as high as that of men. According to the 2018 UN country report, the labor force participation rate was female / male 22.3% / 73.8%. Unemployment in Egypt is primarily a problem of youth unemployment and entry into the labor market. However, while over 90% of men found a job before their 30th birthday, this is only the case for 15% of women. Statistically, the employment rate of women is falling again from the age of 25, as many marry and have children. A considerable percentage of women, unlike men, therefore drop out of the labor market entirely after a few years of unemployment. These figures do not sufficiently take into account an unknown number of young women working in the informal sector. Since these employment relationships are often irregular, precarious or socially unrecognized, many women working in the informal sector are likely to fail to respond to surveys about their work. Another indication of the likelihood of a higher percentage of working women are estimates that assume that a third of all Egyptian heads of household are women.

Regarding the payment of men and women for equal work, Egypt occupied in the Global Gender Gap Report (2020)on the gender gap ranked 22nd out of all 143 countries surveyed. According to the index, women receive an average of 67% of men’s wages for doing the same job. However, this result obscures part of the reality. Jobs in Egypt are heavily segregated by gender, with men being disproportionately represented in well-paid jobs and women predominantly doing jobs and professions that are much lower wages, such as the textile, clothing and food industries as well as educational and caring professions. This is also reflected in another indicator of the WEF Index, according to which the income of women is only 24% of that of men. According to hyperrestaurant, the American University in Cairo published a working paper in 2009, which refers to a study according to which women on average earn more than a third less than their male counterparts. A current study (as of 2019) is not yet available.

Cultural reservations play a major role in discrimination, especially with regard to training and promotion opportunities. But also a lack of mechanisms that make it easier for women to bring up children and work at the same time. Even the incomplete statutory protection provisions such as maternity leave are often circumvented in the private and informal sectors, and day nurseries are rare exceptions. In 2018 Euromed Rights published a report on the difficulties faced by women’s rights organizations in Egypt. 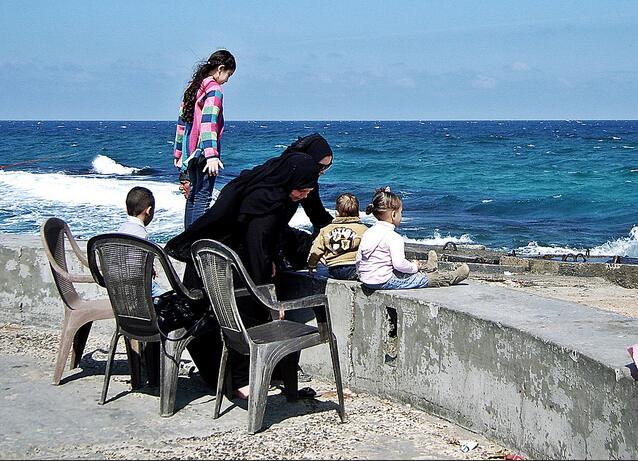 Participation of women in public life

Egyptian women play an important role in public life, but they are still severely underrepresented in formal decision-making positions, in political roles, in the judiciary and in professional associations and have so far been completely excluded from certain positions. Only 1.8% of the community elected in the last local council elections before the revolution were women. For example, no woman has ever been a university president or governor of any of the Egyptian provinces. In the upper level of government, however, there are many women in high positions. According to a 2009 report by the State Information Service, more than a quarter of top management positions in state administration are held by women. Around 40% of university teachers and almost 30% of Egyptian diplomats are women.

A number of advances have been made in recent years. In 2008, the first woman was hired as a mazoun (a kind of marriage notary). A “mazoun” is authorized, among other things, to register marriages and births, both activities whose legal basis follows the requirements of Islamic law and which were previously reserved for men. In the same year a woman became mayor of Upper Egypt for the first time.

In June 2015, 26 Egyptian women took the constitutional oath as new judges at the Supreme Constitutional Court after the Justice Minister appointed them. Ms. Tahany El-Gebaly was the first Egyptian woman to hold this office (2003 to 2007).

In the first parliamentary elections after the revolution, only eight women were elected to parliament, two more were appointed by the military council. This meant that women were only represented with 2% in parliament with a total of 508 seats. However, this result has improved significantly. The female MPs increased from 2% in 2013 to 15% in 2015.

Women were instrumental in the preparation and implementation of all actions and events before and during the revolution, as well as in the strikes and protests of the years before the revolution. The courage, dynamism and determination of women are repeatedly highlighted in the press. Nevertheless, women are underrepresented in all formal and semi-formal bodies in which political decisions or laws are discussed.

2013 Thomson Reuters Foundation report reveals the position of women in politics, society and the economy in the Arab world.

Currently (as of 2017) there are a large number of women’s rights organizations in Egypt. In mid-October 2011, the Egyptian Feminist Union, originally founded in 1923 by the well-known women’s rights activist Hoda Sha’rawi, was revived as a result of the cooperation of more than 1000 women’s groups from all over Egypt. She not only wants to stand up for the rights of women, but also promote the participation of women in the formulation of development concepts and political decisions. From the state side, the National Women’s Council (NCW) was established as early as 2000 founded, whose task is gender mainstreaming through political advice and public relations. The NCW was initially closed after the revolution because of its ties with the president’s wife, Suzanne Mubarak, but was reactivated in September 2011. Women’s organizations criticize the tendency of the state, even after the revolution, to regard the NFR as the only partner of the state for women’s issues and to exclude civil society organizations from the policy formulation and decision-making processes.