Constitution: The 1971 constitution, repealed since the Military Council came to power in February 2011, had 211 articles and was amended three times, in 1980, 2005 and 2007. The last two constitutional amendments. The freedoms guaranteed in the constitution were practically suspended by the state of emergency that was in force from 1981 to May 31, 2012. On November 30, 2012, the constituent assembly passed a new draft constitution, which was put to the vote in a controversial referendum in December 2012. Despite its approval in the referendum, the legitimacy of the constitution remains controversial. The reasons for this are as follows: (1) The process of drafting the constitution has been manipulated and monopolized by Islamists, leading to the withdrawal of all non-Islamist forces from the constituent assembly and its advisory body. (2) The referendum took place only two weeks after the draft constitution was completed, which was criticized as being far too short to adequately inform the population about the content and meaning of the more than 200 constitutional articles. (3) Only 32% of all eligible voters voted in the referendum, 35% of them voted “No”. This effectively means that only around a sixth of all eligible voters voted for the adoption of the draft constitution. (4) Over 90% of the judges refused to monitor the referendum in protest, which made manipulation and falsification easier. The ones on the National Salvation Front Associated opposition parties and groups as well as numerous civil society organizations documented numerous violations and interventions by the election committees in favor of the draft constitution during the vote, both in the first and in the second round, which led to hundreds of complaints before the courts.

The criticism of the text of the constitution relates primarily to the protection of human, women’s and minority rights, as well as the separation of powers and the position of the army.

According to estatelearning, Egypt has been a presidential republic since 1953; Head of state is the President Adli Mansour. His government is a transitional government until the next elections.

The Egyptian judiciary is divided into civil and criminal courts on the one hand and administrative courts on the other. The highest instance is the court of cassation or the high administrative court. There are also special and military courts. The Supreme Constitutional Court has been the highest court since 1969. Although the courts in Egypt – with certain restrictions – are considered to be relatively independent and judges have repeatedly and openly opposed the president, there have been repeated allegations against judges of manipulating trials in the interests of the regime. Such allegations are still made today in relation to the conduct of proceedings against the accused leaders of the old regime and high officers of the security forces. The Mubarak regime repeatedly made use of the military courts legitimized by the state of emergency, to enforce political judgments. Even after the revolution, numerous civilians were armed with military courts.

Local administration:The local government consists of two parts, the elected municipal councils and the executive councils, which are made up of the governors and other senior administrators and are appointed by the central government. There are 199 urban and 4496 rural parishes in Egypt, which are grouped into 1,762 parish councils with around 53,000 elected members. The municipal councils are responsible for local infrastructure and services such as roads, water, sewage and waste disposal. They also represented one of the most important forces for mobilizing political support for the old regime and neutralizing its opponents. In the last municipal council elections, the NDP “won” more than 99% of all seats, the opposition only about 600 seats. The widely criticized Law 43 of 1979 on local administration subjected the local councils to the control of the central government and did not even guarantee them an advisory role. It only authorized them to submit suggestions, comments, and inquiries about community budgets, not to monitor spending. The budgets come from Cairo and make up around 10-15% of the national budget. Most of it is spent on infrastructure and local services, as well as salaries for local administrators. 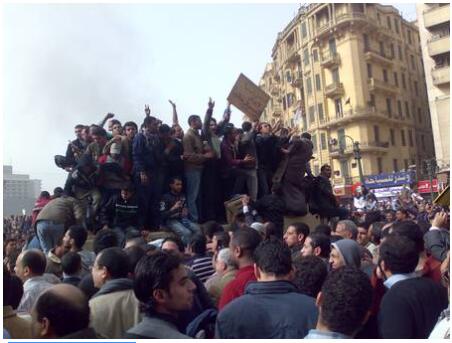 Over 70 parties have been founded since the revolution. These parties reflect the four main political currents of Egypt: the liberal, socialist, Nassist and Islamist currents, all with different undercurrents. 45 of the parties admitted to the first parliamentary elections in 2011 are regarded as liberal, 11 as Islamist, four as nationalist, and three as politically left-wing. The others did not have a clear profile. Former NDP members tried to reorganize themselves in several parties. The Political Parties Act passed by the Military Council basically allows the establishment of political parties, except on a religious or class basis.

In September 2013, however, an Egyptian court banned the Muslim Brotherhood.

Detailed information on the political parties can be found on the following websites:

After the presidential elections, efforts are being made to found more parties. The most important are founded mainly by secular activists ” dustur (Constitutional) Party “, founded by moderate Islamists led by former presidential candidate Abdel Moneim Abul Futouh ” Strong Egypt Party ” and of the revolutionary Salafists Hazem Salah Abu Ismail “founded Umma (Islamic community) party”The former is largely supported by the Nobel Prize laureate and former presidential candidate Mohamed El Baradei, who resigned his candidacy in protest against the undemocratic framework conditions and was a symbol of political integrity and democracy in Egypt at that time.