The most important events since the resignation of President Mubarak can be read on a number of websites in the form of timelines, for example the following websites:

On February 13, 2011, the current constitution was suspended by the military council and the parliament dissolved. A referendum was held on March 19 to amend eight constitutional articles. The changes are accepted by over 77% of the electorate and are part of a much more far-reaching constitutional declaration by the Military Council has been integrated with changes to 63 articles. This limited the term of office of the president to four years with only one possible re-election. Elections were placed under the scrutiny of the judiciary, the president’s power to declare a state of emergency was restricted and placed under democratic control, and the future parliament was required to adopt a new constitution within six months of its election. After the constitution is passed, a new president should be elected.

According to constructmaterials, the milestones and decision-making powers specified by the constitutional declaration gave the Military Council a decisive influence on the transformation process and resulted in the institutions of the old system remaining largely intact or being able to be put back together again. These include above all the repressive apparatus, the state media, the public prosecutor’s office and the judiciary, as well as the bureaucracy of the ministries and the local administration. In particular, the decision, contrary to the demands of the revolutionaries, to pass a new constitution only after the parliamentary elections and to entrust the organization of the constituent assembly and the drafting of a constitution to the parliamentarians should prove to be problematic.

The transitional governments commissioned by the Military Council, which were reformed several times as a result of ongoing protests, had only limited powers. They had to coordinate all measures with the military council. The first prime minister not appointed by Mubarak, Essam Sharaf, had declared on Tahrir Square that he would get his legitimacy from the revolution. But he and his cabinet were also soon criticized for not implementing the demands of the revolution, or only slowly. His government eventually resigned after sustained protests, demonstrations and squatting that were increasingly brutally attacked by Interior Ministry security forces and the army. But instead of complying with the protesters’ demands, the military council took part Kamal El Ganzouri appointed a new prime minister in November 2011, who already held several ministerial posts under President Mubarak. 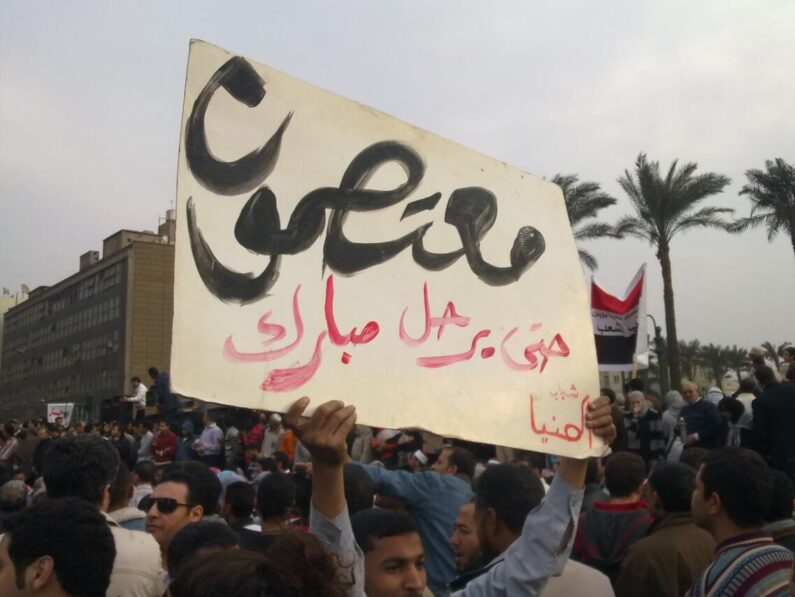 The transitional government passed a number of important laws, including the following: