The Arab Spring hangs by a thread. Nevertheless, the situation in Egypt is more stable than in other countries in the region. The Egyptians are redefining the idea of democracy and showing the world a whole new face.

The water and the desert are the two elements that dominate Egypt. According to businesscarriers, Egypt stretches between the Red Sea in the east and the Mediterranean in the north. Turquoise blue water, long sandy beaches, vast golden deserts and green oases characterize the country.

Egypt borders on Libya to the west (1115 km), on the south on Sudan (1273 km) and on the east of the Sinai Peninsula on Israel (266 km) and the Israeli-occupied Gaza Strip (11 km). The Gulf of Aqaba separates Egypt from Jordan and the Red Sea separates Egypt from Saudi Arabia. The entire north of Egypt borders the Mediterranean Sea, the Gulf of Suez and the Gulf of Aqaba encircle the south of the Sinai Peninsula and the entire east of Egypt south of the Sinai runs along the Red Sea coast. In total, Egypt has 2,450 km of coastline. Most of Egypt is in Africa, but the approximately 61,000 km² Sinai Peninsula is part of Asia.

Administratively, Egypt is divided into 27 governorates (muhaafazat), 217 cities (madina) and 4617 independent villages (merkaz). The governors in charge of the governorates are still appointed by the President. One of the demands of the 2011 revolution (see chapter “History and State”) was to elect the governors.

The Nile valley and delta has an area of approx. 24,000 km² and is located in Lower Egypt, north of Cairo on the coast of the Mediterranean Sea. The region around the Nile Delta is one of the most fertile areas in North Africa and with 1120 residents / km² is a conurbation comparable to the Ruhr area. The main cities around the Nile Delta include the capital Cairo and Alexandria. Around 20% of all Egyptians and 43% of the city’s population live in Cairo. Greater Cairo is divided into three governorates, two of which (Giza and Qaliubiya) extend well beyond the city limits. Cairo is called Al Qahira (the victorious) in Arabic and is one of the most densely populated urban areas in the world with around 18 million residents (including districts in Giza and Qaliubiya). According to estimates (there is no compulsory registration in Egypt), over 100,000 people live in one square kilometer in some districts. The major thoroughfares are congested practically at all times.

With a total length of 45,000 km, the road network is the most extensive; a third is attached. Serious accidents occur again and again on the major highways, mostly due to excessive speed or fatigue of the truck or shared taxi drivers, who often drive for more than 12 hours without long breaks. With 3.2 accidents per 10,000 residents per year, the accident rate is very high overall.

The railway network is the most important mode of transport with 7,700 km. 25% of goods traffic is carried out on the navigable waterways of 3,500 km in length. The 161 km long Suez Canal connects the port city of Port Said on the Mediterranean with the port of Suez on the Red Sea. The Sinai Peninsula is connected to the mainland by a tunnel under the Suez Canal, car bridges and several ferries.

The Suez Canal is one of the most important foreign currency sources for Egypt. The official opening of a new waterway was celebrated on August 6, 2015. The new Suez Canal runs parallel to the old waterway over a length of about 37 kilometers and thus enables a significant increase in shipping traffic on one of the most important waterways in the world. This project is accompanied by further development programs such as tunnel construction, infrastructure and tourism zones. These projects are also open to foreign investors. Overall, the Suez Canal Authority hopes to create a million new jobs through the construction projects on the canal.

Egypt has a total of 23 civil airports. The main international airports are in Cairo, Alexandria, Luxor, Hurghada, Aswan, Marsa Alam and Sharm El-Sheikh; other places, including Abu Simbel in the south, the Dakhla and Kharga oases and Marsa Matruh on the Mediterranean can be reached by domestic flight. The most important overseas port is on the Mediterranean Sea in the second largest city in Egypt, Alexandria.

In the cities the most important means of transport are buses, minibuses, taxis and, within many densely populated areas, the so-called tuktuks, a type of motor rickshaw. Alexandria also has a tram network. With its metro, inaugurated in 1987, Cairo has the only fully developed metro network in Africa. In Cairo, you can only be reasonably reliable on the Friday before Friday prayers that you will not get caught in a traffic jam. The Cairns therefore include the expected traffic jams on certain routes at certain times when making appointments. 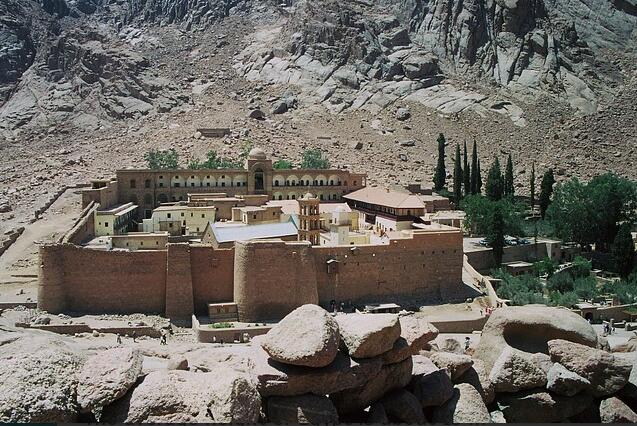