The Egyptian revolution is also a challenge for the organizations involved in bilateral and multilateral development cooperation. The USAID, World Bank and IMF in particular are accused of not only supporting economic and social policies that are negative for the general public with their projects To have contributed significantly to the support of a dictatorial regime that trampled on the rights of the population. US development funds also funded extensive health, education, and trade programs, but most of it was spent on equipping and training the army and security forces. Of the average US $ 2 billion that Egypt has received from the United States since the Camp David Agreement, US $ 1.3 billion per year went to the military.QIZ zones, whose products can be imported into the USA duty-free, but on the condition that 12% of the raw material for production must come from Israel. The closure of the QIZ zones was one of the demands made during and after the 2011 revolution.

But other donors too have to accept criticism for having largely kept their eyes closed to corruption and human rights violations in many cases, despite their support for democratic and human rights organizations. Further points of criticism relate to the fact that a large proportion of the available funds are used for bureaucratic requirements of the donor organizations and that the postulated sustainable effect of many projects due to the isolation or misconception of many measures as well as the framework conditions determined by corruption and inefficiency are often only on paper consists.

Nevertheless, many activists and civil society organizations see important opportunities in international cooperation, especially if it is possible to change the framework conditions and make relationships more partnership, more flexible and more open. The restrictive NGO law poses an obstacle to cooperation with civil society which enables the state authorities to intervene in the work of NGOs far-reaching and, above all, repeatedly threatens NGOs that campaign for democracy, human rights and socio-economic rights with criminalization. It is precisely these NGOs that are financed almost exclusively by Western donors. After the revolution, USAID is particularly keen to polish up its own image by donating money to support activities to build democratic structures, which in summer 2011 led to tensions between the organization and the military council. The so-called NGO affair was one of the high points of tensions between Egyptian rulers and Egyptian civil society and their international supporters. For example, following a massive campaign in the state media against NGOs and groups that support the revolution, the premises of 17 NGOs in Cairo were stormed by army and police forces, material confiscated and members temporarily arrested. Three foreign organizations were also affected, including the Konrad Adenauer Foundation, which are accused of not operating strictly legally in Egypt. The Egyptian NGOs are accused of accepting funds from foreign organizations without legal authorization and of destabilizing the country as agents of foreign interests. Islamist circles join these allegations. 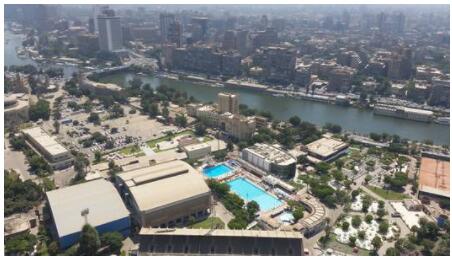 Sufficient and affordable energy is an important prerequisite for healthy and solid economic growth. If it is possible to reduce the high energy consumption in Egypt through energy efficiency, this has a direct positive effect on environmental protection and the general social situation of the poor in Egypt – because the poorest section of the population in particular suffers enormously from the high energy prices. The potential for generating energy from wind and solar power is very large in Egypt. The Egyptian government plans to generate 20% of energy needs from clean energy by 2020. In the “ideal case” this will lead to Egypt exporting renewable energy to neighboring Arab countries and even Europe in the future.

The focus of German-Egyptian development cooperation in the development of renewable energy is manifested in two initiatives:

The first bilateral initiative is The Regional Center for Renewable Energy and Energy Efficiency (RCREEE), which opened in Cairo in June 2008. This center is a cooperation project between Egypt and Germany, Denmark and the EU. The aim of this project is to exchange information and experience in the field of renewable energy.

The efficiency of the water supply in Egypt urgently needs to be increased, because Egypt is one of the most arid countries in the world. Agriculture consumes around 84% of fresh water and around 3% is used for drinking water. An important goal of development cooperation between Germany and Egypt is to finance weirs, drinking water pipes, irrigation canals and irrigation canals.