According to franciscogardening, Egypt has long been considered a prime example of successful reforms and in 2010 was praised by the World Bank as one of the ten most active reform countries. The international organizations assess the development of Egypt essentially according to criteria such as growth rates, monetary discipline and fiscal balance sheets as well as the removal of trade barriers and investment restrictions. In these areas the macro indicators actually improved. Real GDP has grown by an average of 5% since the 1980’s, while real per capita growth has averaged 3% per year over the past decade. The balance of payments deficit and public debt fell, currency reserves rose, and in the past decade Egypt has become a major destination for direct investment in the Middle East and Africa. According to the 2011 World Investment Report, capital inflows grew seven-fold from an average of US $ 905 million in the period 1995-2004 to US $ 6.4 billion in 2010, albeit with strong fluctuations.

However, critics question both the alleged structural successes of the reforms and their benefits for the general public. Numerous studies come to the conclusion that the neoliberal program neither pushed the state out of the market nor led to sufficient productive investment, but essentially led to the redistribution and concentration of public resources in a few hands. Resources have been withdrawn from agriculture and industry, from training and labor market programs, and from education and health services, and diverted to influential entrepreneurs and business people in the form of tax-free loans, subsidies and tax breaks. The political scientist and Egypt expert Timothy Mitchell summed it up by saying the state is now subsidizing financiers instead of factories and speculators instead of schools.

The main drivers of economic growth were wholesale and retail trade, tourism and catering, construction, financial services, transportation and mining (oil and natural gas). For the past ten years, the Egyptian economist Ahmed El-Naggar noted that growth since the late 1990’s has hardly taken place in the real, productive economy, but mainly in the financial sector. Industry growth, on the other hand, lagged far behind expectations and Egypt’s export structure remained heavily dominated by the export of raw materials and low-tech products, which make up 90% of exported finished goods.

The 2011 revolution was supposed to improve the economic situation in Egypt and introduce a successful development policy. This hope has so far not been fulfilled.

The interaction between political and economic development is a tricky situation.

Sisi’s government has recognized these challenges and launched a program for sustainable development (Vision 2030).

This vision contains various reforms up to the year 2030. Education plans, social reforms, economic plans as well as mega projects and the expansion of agriculture are part of this vision. For the implementation of this plan Egypt needs support from abroad. This support enables foreign investors and partners from Europe, among others, to take advantage of greater business opportunities with Egypt.

Egypt has had a negative trade balance since the 1980’s and imports almost 50% more than it has exported since 2010. Exports valued at around $ 29 billion are compared with imports of around $ 44 billion. The main exports are crude oil and petroleum products (80% of exports), metal products, cotton, textiles and chemicals. Exports go mainly to Italy, the USA, India, Spain, Syria, Saudi Arabia, Japan and the FRG. Egypt mainly imports food products, goods, machinery and equipment as well as wood products, mainly from the USA, China, Italy, the FRG and Saudi Arabia. The main problem is the dependence on wheat imports. Egypt imports about half of its wheat and is the largest wheat importer in the world. 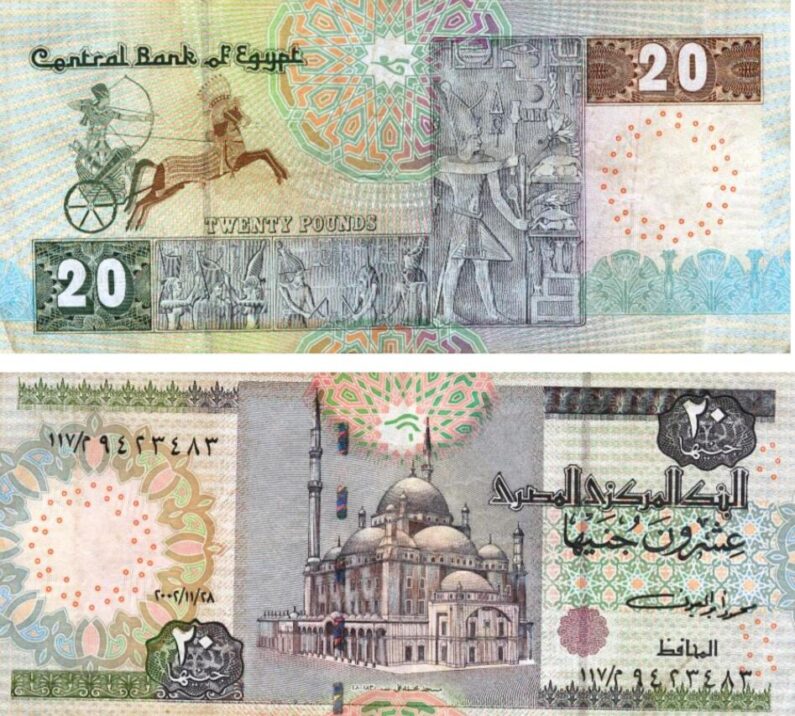 Egypt is a founding member of the United Nations and is represented in all 16 UN specialized agencies. Furthermore, Egypt is organized in the African Union (AU) of the Arab League (also a founding member), the Movement of Non-Aligned States and the Organization of the Islamic Conference (OIC).

Regionally, Egypt competed time and again with other important Arab states such as Saudi Arabia, Syria and Qatar, which has recently been diplomatically very active, for the leadership role in the Arab world. However, the pro-American foreign policy of the Mubarak and Morsi / regimes and the good relations with Israel repeatedly met with heavy criticism from the population.

In 1991, despite massive protests, Egypt sent troops on the side of the United States in the Iraq war. Egypt was an important partner in the so-called war on terror and the location of secret prisons for terrorist suspects officially or unofficially arrested by the US (US Rendition Program). The regime also supported the increasingly controversial Israeli-Palestinian negotiations, which, according to many critics, primarily increased the Israelis’ freedom to build settlements in the West Bank and undermined legitimate demands of the Palestinians, such as the right of refugees to return. On the other hand, the Egyptian opposition criticized, for example, the neglect of the Africa policy, especially against the background of Egypt’s strategic dependency on the Nile waters, shared by ten different African states, as well as the increasing influence of Israel in East Africa and the threatened fragmentation of Egypt’s southern neighbor Sudan.

When the Military Council came to power, it declared its intention to abide by all of Egypt’s international agreements – an indirect reference to the peace treaty with Israel. Since then, however, there have been a few new accents in Egyptian foreign policy, especially in relations with the Nile countries and Iran, which Egypt wants to improve. New forms of “people’s diplomacy” were also introduced by Egypt’s first foreign minister after the revolution, Nabil El Arabi. From April to June, three such “people’s delegations” made up of ex-diplomats, lawyers, academics, experts and journalists traveled to Uganda, Ethiopia and Iran, where they met with high-ranking politicians as well as experts and exponents from business and civil society. Among other things, they achieved the assurance of Ethiopia and Uganda.