Egypt is a country with a population growth of more than two million a year. The economic growth of approx. 5.3% is too low for a country like Egypt with over 100 million. The government is trying to initiate the necessary structural growth through a new economic policy.

The regime of Gamal Abdel Nasser pursued an economic policy geared towards industrialization and import substitution in the 1950’s and 60’s. It relied mainly on the state sector. The main drivers were the iron and steel industry and the chemical industry, other important sectors the textile industry, the cement, metal and consumer goods industries and agriculture. The private sector has been pushed back significantly by nationalization and land reforms. In the years between the 1967 and 1973 wars with Israel, the weaknesses of the state-run economy became increasingly apparent. Lack of and bad investments, mismanagement and inefficiency exacerbated the problems. They impaired overall economic power and the ability to import substitutes. 1974 headed president Anwar El Sadat introduced a policy of economic opening – called Infitah or opening policy – that was conceptually set out in the so-called October Paper. Between 1974 and 1982, Egypt tried a series of liberalization measures and limited success to mobilize Arab and international investment to stimulate the economy.

According to ezinereligion, President Hosni Mubarakcontinued the market economy reorientation of economic policy initiated by President Sadat. In the 1980’s, however, the new regime was mainly concerned with establishing itself politically. The focus was on the fight against radical Islamists and the co-opting and taming of the democratic opposition, which brought with it the gradual restriction of the initially expanded political freedoms. This happened at the expense of the economy. The neglect of investment and reforms caused economic indicators to deteriorate increasingly. From 1980-1990 inflation rose to over 20%, external debt from 20 billion to 49 billion US $, the budget deficit to 18% of GDP and the unemployment rate to over 10%. Politically, however, the regime was firmly established in the early 1990’s and could afford to send troops to Kuwait against the will of a large part of the population in August 1990 in order to take part in the liberation of Kuwait alongside the USA and other countries. In return, the US supported Egypt in negotiations with the World Bank and the IMF, with which the country concluded agreements in 1991 to support neoliberal structural adjustment measures. Linked to reform conditions, the issued Paris Club gradually gave the country half of its debt, which in 1990 amounted to 144% of GDP (Abdel Khalek) and was based in no small part on US-co-financed arms purchases. At that time, Egypt was one of the most heavily indebted countries in the world and had to spend 22% of its total exports on repaying the roughly $ 45 billion foreign debt.

The agreed structural adjustment measures have been implemented gradually since the 1990’s. In June 1991, Law 203 on the privatization of state-owned companies was passed, followed by other laws that created the legal basis for the liberalization and neoliberal reorientation of the economy. They suspended the restrictive regulatory mechanisms from the Nasser period, laid the foundations for the newly emerging capital market and foreign investments, as well as the capitalization of agriculture. By 2001 184 and by 2005 a total of 209 (out of 314) of the most profitable state-owned companies had been privatized, more than half of them in the cement and building materials and agriculture and food sectors. The Egyptian pound was gradually freed from its dollar peg and fell by a total of 80% between 1996 and 2003, mainly due to capital outflows abroad. In 2003 the exchange rate was released.

International trade has been liberalized with the gradual lifting of import and export restrictions. In addition, many price controls were lifted and the share of government spending on subsidies and social services was reduced. Today, price regulations only exist for a few basic foods and pharmaceutical products, butane gas, petrol and public transport. Investment Acts No. 8 of 1997 and No. 94 of 2005 created investment incentives for domestic and foreign investors such as tax breaks, partial exemption from labor regulations and the possibility of transferring profits abroad. In 2002, Law No. 83 created further investment incentives in the so-called special economic zones.

The last government before the revolution under Prime Minister Ahmed Nazif launched a new round of reform measures and privatization in 2004, this time focusing on the service sectors, especially telecommunications, tourism and finance. 17 state-owned companies were privatized in the first year of government. The government initiated reforms in the banking sector and also allowed foreign financial institutions and insurance companies to buy up Egyptian banks and insurance companies and to operate largely without restrictions in Egypt. Almost 20% of the banking system has now been privatized.

In 2005, a far-reaching tax reform was enacted with the Income Tax Act No. 91, with which progressive taxation was abolished and corporate tax was reduced from 40% to 20%. As a result, the share of tax income in GDP rose to 15.5% by 2010, but this does not change the fact that the low tax rates of companies are criticized as socially unjust. The Antimonopoly Act No. 3, which was only passed in 2005 after increasing pressure from home and abroad, is also seen by many as inadequate. Persons who pass on information about suspected activities to monopolize market segments can, for example, be prosecuted if this information turns out to be false. In addition, the charge was made that certain non-tariff trade barriers promoted the monopoly of certain industries by influential business magnates. These include, for example, the import restrictions for steel imposed by the steel baron and close confidante of Gamal Mubarak,Ahmed Ezz, taking advantage of his political office, was able to prevail. 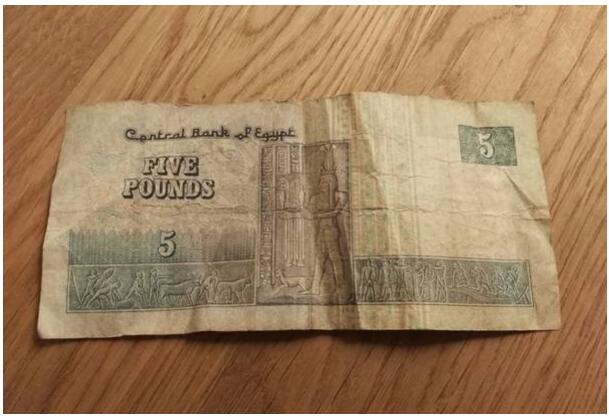