Until the 4th millennium BC Egypt divided into two populated regions: Lower Egypt in the fertile Nile Delta and Upper Egypt, further south along the Nile Valley. At the point of first unification under a common ruler, around 3100 BC. BC, the beginning of the ancient Egyptian civilization is set: The over 3000 years of rulers began, which is divided into the Old, Middle and New Kingdom and is known as the Pharaonic period (the rulers actually only bore the title Pharaoh since the New Kingdom, beginning around 1550 BC)

The pyramids, most famous of which is the Great Pyramid of the ruler Cheops, come from the Old Kingdom; the Middle Kingdom was characterized by the predominance of Thebes near today’s Luxor. The New Kingdom finally produced the great names of the pharaohs, including Ramses, Akhenaten and Tutankhamun (of which the latter owes its fame above all to the discovery of its well-preserved burial chamber). Ramses waged several wars in Syria, Nubia, and Libya to expand the empire. Akhenaten was the first ruler in history to adhere to a monotheistic religion.

After the death of Ramses III. began a rapid decline. In the following centuries the rulers of Egypt changed comparatively quickly: Assyrians, Persians; the Greeks under Alexander the Great, 332 BC BC founded the second largest city in Egypt with Alexandria. After his death, the Macedonian-Greek dynasty of the Ptolemies followed; Cleopatra VII was the last ruler of this house before Egypt 30 BC. Became a Roman province. At that time it was considered the granary of the Roman Empire. After its division, Egypt fell to East Rome or the Byzantine Empire. During this time Christianity finally prevailed; here are the roots of the Coptic Church, which emerged as a result of the Council of Chalcedon. In 451 it split off from the Western Church and has its own Pope, today Pope Tawadros II. 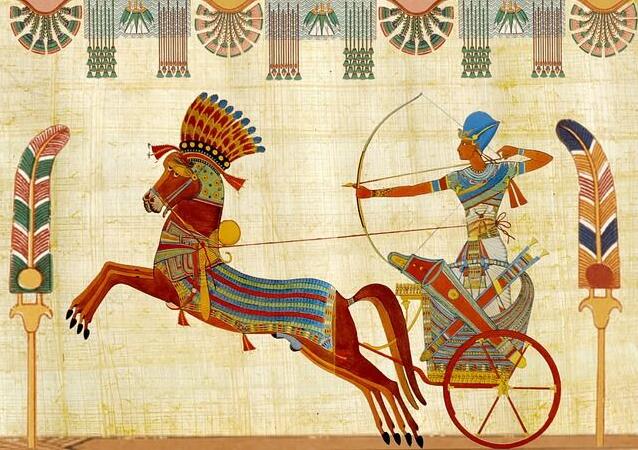 In 640, the Muslim conquest of Egypt began and with it the Arab Islamic Middle Ages. Until 969 the country was ruled by the Umayyads from Damascus and later by the Abbasids from Baghdad. With the Fatimids, a Shiite dynasty ruled from 969–1171. At its beginning, in 973, Cairo became the capital of the Fatimid Empire, which stretched from Morocco to the Middle East.

In 1171, Saladin overturned the Fatimid dynasty and restored Sunni Islam as the state religion. He founded the Ayyubid dynasty, which ruled until 1250 and conquered Jerusalem (then a Crusader state), Syria and Mesopotamia. The subsequent reign of the Mamluk military caste initially lasted until 1517. Egypt became part of the Ottoman Empire; however, the administration remained with the Mameluks. The discovery of a sea route to India in 1498 led to a change in trade routes and Egypt’s economic decline. It became one of the poorest provinces in the Ottoman Empire. With the French occupation under Napoleon Bonaparte (1798-1801) the reign of the Mameluks ended.

Flag and other national symbols

The Egyptian national flag shows three horizontal stripes in red, white and black; in the middle is Saladin’s golden eagle. The pan-Arab tricolor goes back to the fall of the monarchy in 1952. The eagle carries a banner with the country name – Arab Republic of Egypt – in Arabic. According to cheeroutdoor, the flag has been in use in this form since 1984.

Hardly any Egyptian goes to a demonstration without the Egyptian national flag. You see them… everywhere

The coat of arms is the eagle of the medieval ruler and general Saladin (Salah El Din), also known as the “Arabian eagle”. For Arabs it is a symbol of strength and unity. The eagle bears the pan-Arabic tricolor in red, white and black on its chest, but in a vertical orientation; He also bears the banner with the country name in the coat of arms.

The Egyptian National Day is July 23, in memory of the 1952 revolution.

Biladi, Biladi, Biladi (Text: Younis al Qadi, Music: Sayed Darwish) has been Egypt’s national anthem since 1979. The first verse and the refrain are sung on official occasions. The text reads in the German translation:

My country, my heart beats lovingly for you

Egypt, mother of all countries, my hope, my longing

Who could measure the blessings of the Nile for humanity?

Egypt, you most precious jewel that shines on the brow of eternity

My land, be forever free and safe from every enemy

Egypt, your children are noble, loyal and guardians of your country

In war and in peace we give our lives for you.