Christians and Muslims in Egypt traditionally lived well together. All Egyptians emphasize that they used to celebrate all religious festivals together and that different denominations did not play any separating role in social relationships. There are numerous reports of cooperation between religious personalities such as the report of an Egyptian from a small village in the south, in which there was only one Muslim and one Christian religion teacher. If one of them fell ill, the other took over religious instruction in the other denomination. Even if most Egyptians still emphasize their unity, the relationship is now much tighter.

The state has played no insignificant part in the deterioration of the situation. Already President Sadat, and after him President Mubarak, tried to instrumentalize Islam in order to increase their legitimacy against the background of their dwindling popularity. Instead of abolishing the remnants of legal or de facto discrimination against Copts, for example in the building of churches or the filling of certain offices, the regimes pursued a populist discourse that did not take a clear position with regard to the absolute civic equality of all Egyptians regardless of their religion. After a constitutional change initiated by President Sadat, the Islamic Sharia is no longer a source but the main one source of legislation. Even in disputes over intellectual and cultural productions that allegedly defame Islam, the state often presented itself as the protective power of Islam. This includes bans on novels or films, but also the case of the Egyptian Koran scholar and literature professor Nasser Hamed Abu Zayd, who, based on his writings, declared an unbeliever in 1993 by a court in Cairo and was forcibly divorced from his wife. By supporting or allowing such prohibitions and judgments, the state reproduced and reinforced the Islamist arguments and interpretations of the religion. In addition, the regime was repeatedly accused of provoking denominational tensions itself in order to redirect protests critical of the regime.

There have been numerous attacks against Christians and Christian institutions in recent years. According to softwareleverage, on January 7, 2010, Coptic Christmas Day, seven people were shot dead as they came out of the church in the Upper Egyptian provincial town of Naga ‘Hamadi. The assassins were hired by an NDP politician. On the last Christmas before the revolution, 21 people were killed by a bomb outside a church in Alexandria. Salafist Seyed Bilal was arrested in connection with the attack and died under torture without proof of guilt. The Salafists themselves condemned the attack.

Despite the revolution’s strong emphasis on human rights, tolerance and national unity, there were a number of violent clashes between Christians and Muslims after the revolution. More than 30 people died and hundreds were injured. Press reports suggest that security forces and Salafists helped provoke a number of these incidents, including in the Cairo districts of Manshiet Nasser, Imbaba and Ain Schams and in the village of Atfih near Cairo. But also a series of banal disputes between neighbors who happen to belong to different denominations developed into denominational disputes. In response, there were numerous demonstrations emphasizing the unity of Muslims and Christians, attended by millions of Egyptians. On most banners Leaflets and graffiti have since become the symbol of the Koran and the cross as a sign of unity. Many Egyptians, including prominent Salafists, took part in actions to protect or rebuild destroyed churches. In the spring of 2011, Copts held a three-week sit-in with Muslim supporters in front of the Maspero state television building, and after violent clashes over the building of a church in Aswan in October 2011, there was a large demonstration there. Attacks by the army and security forces on the demonstration, which killed at least 27 people, however, resulted in great bitterness and prompted increasing numbers of Copts to migrate.

The wave of violence against Copts in Egypt continued after 2011. Until the removal of President Morsi (2013), there were bloody protests between Morsi supporters and other groups of the population, which were suppressed by the army. During these unrest there were several attacks on churches, monasteries, Christian schools and other church institutions. Several Christian homes and businesses were attacked, set on fire, or looted. Upper Egyptian cities such as Minya, Assiut and Fayoum were particularly affected.

In the report ” Church in Need ” from ACN Germany, examples of violence against Copts are recorded chronologically up to 2015.

There was also a brutal attack on a church in 2016. In the middle of Cairo. Ordering a three-day state mourning, President Sisi stated that the attack would only strengthen Egypt’s determination to fight terrorism. 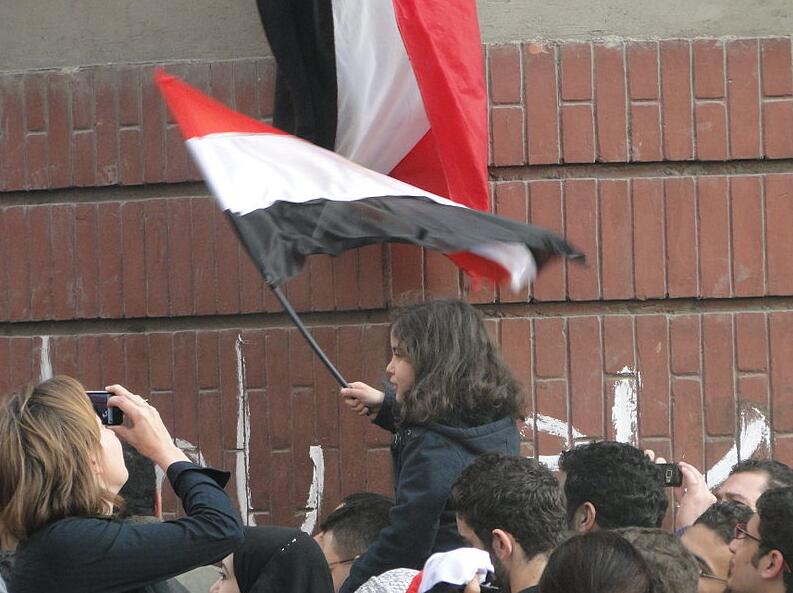