Economy and Business in Ghana


Ghana has enjoyed steady economic growth for several years, and is portrayed as an African success story, which in 2012 was classified as a lower middle income country. At the same time as growth and prosperity have been substantial, about one third of all Ghanaians live below the poverty line. Urbanization has been significant, and as of 2020, 57 percent of the population lives in cities.

Ghana’s economy is to a large extent based on cocoa and gold export revenue, and both agriculture and mining play a key economic role. At the same time, Ghana has developed an industry and service sector on an African scale – and the latter has become the country’s most important. The country also has deposits of other minerals, as well as extensive forestry and fishing. From 2010, Ghana is also an exporter of oil, after major deposits were detected in 2007.

Ghana has relatively extensive industrial production, particularly in the capital, Accra and the two port cities of Takoradi and Tema. Ghana also has a significant potential for tourism, and – based on growth and infrastructure improvement – has also invested in this sector. 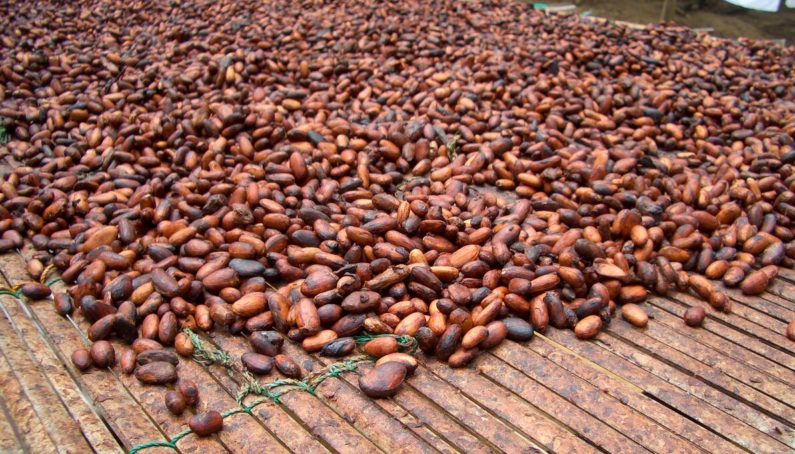 By independence in 1957, Ghana was considered one of the most developed and prosperous in tropical Africa, with significant foreign exchange reserves in the UK as a result of the colony’s extensive export of raw materials, especially cocoa and gold. Compared to other African colonies, there was a well-developed infrastructure and public sector in Ghana, not least in education – as an important prerequisite for economic development.

After independence, the Ghanaian authorities placed great emphasis on further developing, among other things, the school system, with the public costs it had. Investments in modernization and development ate up the foreign exchange portfolio, and economic decline and stagnation began in the early 1960s.

Economic difficulties were identified as the cause of military intervention in political life, which did not help to improve the economy. The country’s later economic problems continued well into the 1980s, when sweeping economic reforms were initiated with support from the IMF and the World Bank, through the so-called Economic Recovery Programs (ERP), from 1983.

The reforms also led to Ghana’s increased assistance from several countries, and gradually private foreign investment, and for more than a decade Ghana was considered one of the most successful examples of this structural adjustment policy. This policy gave Ghana relatively high economic growth and a basis for further development. At the same time, it deteriorated living conditions for many, not least the urban population, while small farmers lost much of the security they had previously, with guaranteed prices especially for cocoa.

To remedy these negative impacts, the government launched a separate social program in 1988. One step in the structural adjustment policy was to privatize state-owned companies, and Ghana has succeeded in disposing of state-owned companies to a greater extent than many other African countries.

Other parts of the public sector have been reduced in size, with the loss of a large number of jobs as a result. The privatized state-owned companies include the mining company Ashanti Goldfields Company Ltd., which has been acquired by South African Anglo American Plc Company (formerly Anglo American Corp. of South Africa), and which through its Ghanaian subsidiary has invested in other mining operations in the region.

One of the causes of the country’s economic problems has been the dependence on the revenues of two goods that have dominated exports; For both cocoa and gold, there are significant price fluctuations in the international market. Ghana was by itself the world’s largest exporter of cocoa. After a prolonged period of low rainfall, in 1998 there came an energy crisis as a result of too little water in the Voltadammen; large parts of the industry had to go with greatly reduced capacity due to electricity shortages. Among other things, imports of gas from Nigeria will meet the ever-growing need for energy.

From the mid-1990s, Ghana has experienced higher economic growth than most countries in Africa and the rest of the world. The growth is attributed to the long period of political stability, combined with a market-oriented economic policy that has attracted foreign investment, among other things. At the same time, the country has greatly reduced its foreign debt, partly through repayment and partly as a result of remission. Ghana has also become a regional center for trade and investment, and the country was considered by the World Bank in 2008 as the best country in West Africa for business operations.

Ghana has an African scale of industry, from traditional small industry, through medium-sized plants for the production of textiles and cement, to oil refineries and aluminum smelters. The majority of industrial production is geared to the local market, but something – including semi-finished products from cocoa production and forestry – is exported.

In the early 1970s, the industry was able to show a not insignificant growth, before production dropped drastically around 1980, and then recovered significantly from 1983, partly as a result of the structural adjustment policy, which helped stimulate production to compensate for imports. Production increased in the 1990s, despite increased production costs. The country’s largest industrial enterprise is the Tema aluminum plant (Volta Aluminum Co., VALCO), with an annual capacity of around 200,000 tonnes. Production was far lower in the 1990s and then due to energy shortages.

Ghana has two cement factories run by the company Ghacem Ltd., which was established through a collaboration between the Ghanaian state and the Norwegian Norcem in 1967. The Norwegian ownership, which was strengthened in 1992 through a state sale, became part of Scancem International, which in 1999 was taken over by German Heidelberg Cement. Since its establishment, Ghacem has produced over 30 million tonnes of cement.

Increasingly, Ghana has succeeded in processing more of its raw materials before export, not least of which is wood, and also cocoa. Most of Ghana’s industry is located in Accra, Tema, Sekondi-Takoradi and Kumasi.

Ghana has a potential for tourism, and this industry has seen significant growth since the 1990s, as political stability and economic development have consolidated. While private companies, Ghanaian and foreign, have invested in the sector, the government has rehabilitated many historical monuments. Not least, Ghana has a series of quite unique memories after the slave era, in the form of trading stations and fort built by, among others, Portuguese, Dutch and Danes.

Cocoa has traditionally accounted for 60-65 per cent of Ghana’s export revenue, but with lower production in the 1990s – and increased production and exports of other goods, the relative importance of this product has diminished. The other dominant export commodity is gold, both of which are subject to significant price fluctuations in the international markets, as well as variable production volumes.

A normally negative trade balance has been further weakened for several years by extensive smuggling of cocoa into neighboring countries. Besides cocoa and gold, timber and timber, fruits and vegetables, manganese, industrial diamonds and bauxite, as well as aluminum are exported. The main import goods are machinery, transport equipment, oil and petroleum products, chemicals and foodstuffs, including fish and cattle.

The most important export market is Europe, and above all the Netherlands and the United Kingdom. Ghana receives a significant portion of its imports from Nigeria and China, as well as the United Kingdom and the United States. The majority of foreign trade goes over the ports of Tema and Takoradi, as well as increasingly by flights from Accra. In 2008, a new freezing plant was opened in the Theme for the export of fruits and vegetables.

Main trading partners are the United Kingdom and the Netherlands; regional Nigeria from which Ghana has a large import. The majority of foreign trade goes over the ports of Tema and Takoradi.

Ghana has a well-developed communications network by African scale, although the road network in particular was severely worn in the 1970s and 1980s, until a road rehabilitation program was initiated in 1991. The road network totals around 109,500 kilometers (2009), and road transport dominates the domestic transportation picture.

There are 947 kilometers of railways (2014), of variable quality. The railway network is concentrated to the southernmost part of the country, connecting the capital Accra and the port city of Sekondi-Takoradi with Kumasi and is used primarily for freight traffic, including freight of minerals, timber and cocoa for export – but also for passenger traffic. It is considered to establish new lines from Kumasi to neighboring Burkina Faso, and to link the manganese deposits at Dori to the existing network. Utilization of the country’s bauxite deposits also largely depends on upgrading the transport networks.

Ghana’s two main ports are Takoradi and Tema (at Accra), which were rehabilitated in the 1980s. As a result of the civil war in neighboring Ivory Coast from 2000, transit traffic from Burkina Faso, Mali and Niger, over Takoradi and Tema, increased significantly, with heavy load on the road network as a result. To some extent, Lake Voltas is also used as a transport route.

Ghana Airways operates both domestic and international flight routes; International airport can be found at Accra (Kotoka) and major airports in Takoradi, Kumasi, Tamale and Sunyani.