Industry has been and is an important driver of China’s economic development. The privately owned industrial sector has expanded over the past two decades, while the share of state-owned enterprises has decreased. But the big state companies still dominate the industrial sectors which are seen as particularly important for the country such as energy, transport and telecommunications.

Low industrial wages and the chance to establish themselves in the “world’s largest market” have attracted foreign investors to China. With the help of investments from the outside world, the industry has been modernized and new growth industries have emerged. Today, China is a world leader in the production of such diverse products as cotton fabrics, chemical fertilizers, steel and cement.

Heavy industry still dominates, but during the 2000s, the fastest growth has been seen in IT products, telecommunications, electronic goods and the automotive industry. China’s automotive industry has grown into one of the world’s largest and the country was at the forefront of electric cars at the end of the 2010s. High-tech know-how has been obtained from, among other things, foreign investors from Taiwan and the United States. But China has embarked on an ambitious initiative “Made in China 2025” whose goal is to build an advanced high-tech industry, not least in robotics and artificial intelligence, electric vehicles and information technology. By 2049, China will be a world leader in these areas, which will contribute to stable economic growth. The investment will make China less dependent on imports of electronic components and materials into its industry – these should instead be produced to a greater extent within the country. China is investing considerable resources in research and development from passenger aircraft to advanced weapons technology. Extensive investments are also being made in the space industry and China is today a leading space nation. China completed as the third country in the world, after the US and USSR a lunar landing in 2013 with a robot and in 2019 a Chinese spacecraft landed on the moon, the space probe Chang’e-4. It was the first time a vehicle landed on the side of the moon facing away from the earth. The goal is for China to have built its own space station in the early 2020s.

In recent years, the government has tried to reform the important mining industry: smaller mines have collapsed while others have been closed, both for lack of security and for profit. New coal mines have been constructed towards the end of the 2010s.

During the 2010s, overcapacity, especially in the steel and cement industry, was a major problem, caused by reduced demand in the world as well as within the country. In some provinces, factories have been started without permission. The authorities have responded by tightening the control and rules for setting up companies while limiting access to bank loans in industries where it is produced more than what is provided for.

According to Zhengsourcing, China is one of the world’s leading trading nations and has been a member of the World Trade Organization (WTO) since 2001. Exports have risen sharply in the 2000s, except during the global financial crisis.

Textiles, clothing, toys and shoes are important export goods, but during the 2000s machines and electronics dominated the export. Much of the production for export consists of goods manufactured, or assembled by imported components at factories which have been supported by foreign investors or have foreign main owners. The production of advanced technical products requires the import of machinery and electronics as well as steel. China plans to more fully fill the needs of technical input parts on its own, so that the country becomes less dependent on imports. 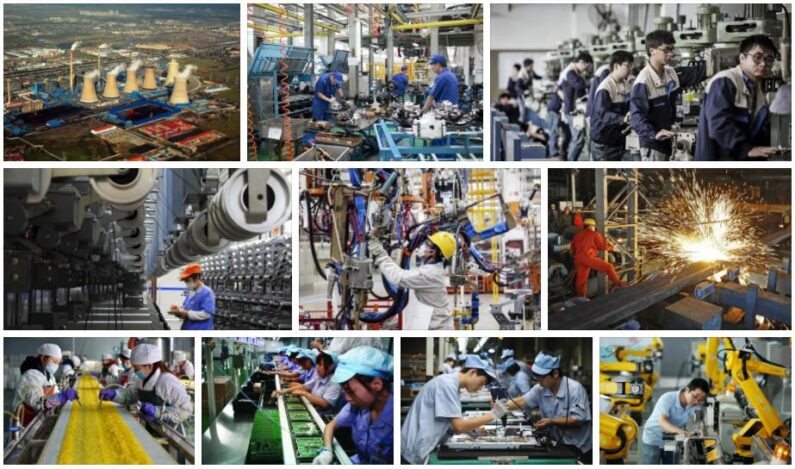 China’s need to buy raw materials from other countries has grown over the last decade, not least when it comes to iron ore, copper and oil. Food imports have also increased.

By the end of the 2010s, some 140 countries had China as their main trading partner and China had concluded free trade agreements with some twenty countries. The country also has a free trade agreement with the Southeast Asian cooperation organization Asean. Negotiations are also under way for greater regional free trade cooperation, RCEP, with the Asian countries, Australia, New Zealand, Japan and South Korea.

China’s booming foreign trade has contributed to creating the world’s largest foreign exchange reserves, which by the end of the 2010s totaled around $ 3 billion.

The large Chinese surplus in trade with the EU and the US has at times caused disruptions in relations. For a few years in the early 2000s, the US and the EU criticized China for deliberately retaining a low value of the domestic currency yuan to favor foreign trade. From 2010, the exchange rate for the yuan has been made more flexible and the regime has allowed the currency to rise against the dollar.

The US has criticized China for pursuing an economic policy that gives the country unfair advantages in trade exchange; the high US deficit in bilateral trade has long been seen as a major problem. China is also accused of stealing technology and intellectual property assets such as patents and trademarks, while criticizing the fact that it is not a regular market economy and giving state-owned companies competitive advantages. Not least in light of the rapid high-tech development and the country’s high ambitions (see Industry).

In the summer of 2018, a trade war broke out between the two trade giants. The United States imposed tariffs for the equivalent of $ 50 billion on various Chinese imports. China responded by imposing tariffs on goods imported from the United States. In September of that year, new customs duties again came from the United States, whereupon China immediately responded with its own duties on US imports. The trade conflict continued in 2019, which resulted in a decrease in bilateral trade. At the same time, negotiations were sometimes going on between the two countries. At the beginning of 2020, a deadline was reached in the trade war when the countries agreed on a first partial agreement, which included, among other things, promises from China to increase US imports by the equivalent of $ 200 billion and to strengthen rules on patents and other intellectual property rights.

China’s exports went to Hong Kong for a long time, due to the fact that a large part of China’s foreign trade has gone that route to be exported from there. Hong Kong trade is still managed separately (see Hong Kong).