Chile is a republic in South America, a narrow and elongated land between the Pacific in the west and the Andes in the east. Chile borders on the east to Argentina and on the north to Bolivia and Peru. The capital is Santiago.

The Easter Island (Isla de Pascua) in Polynesia, the Juan Fernández Islands (Islas Juan Fernández), Sala and the Gomez Island (Isla Sala y Gómez) and the Desventurada Islands (Islas de los Desventuradas) in the South Pacific and the western part of the wild belong to Chile. Chile also claims a sector of the Antarctic that corresponds to approximately 1,250,000 km² between 55 degrees and 90 degrees west longitude.

Chile became an independent republic in 1810, having been colonized by Spain since 1549. In the Pacific War from 1879 to 1883, Chile triumphed over Peru and Bolivia and incorporated what are today the northern regions of Chile.

The name Chile is probably derived from the word tchili from the indigenous language aymara, which means ‘snow’. 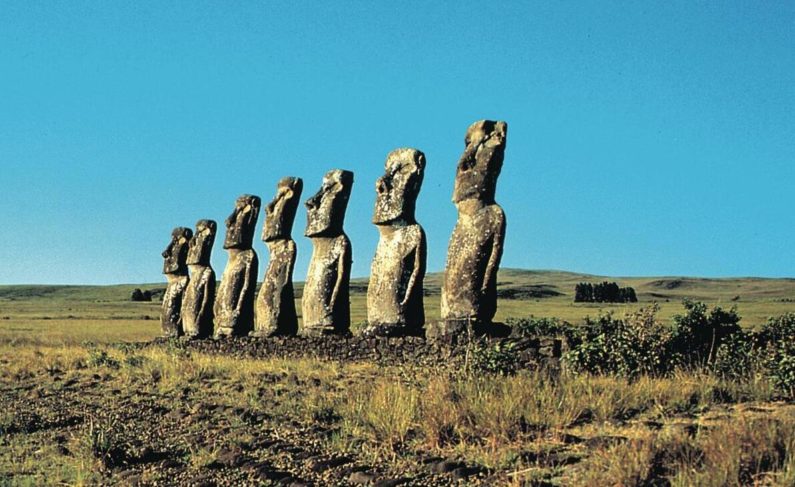 Chile is 4270 km long (over twice as far as Norway ) and an average of 177 km wide. It has a total land area of ​​756 102 km² including Easter Island, Juan Férnandez Islands, Desventurada Islands and Sala and Gómez Island, and a coastline of 6435 km.

Throughout the country, from north to south, runs the Andes Mountains, which cover 1/3 of the area and which in several places have peaks of over 6000 m. In central Chile, closer to the coast, the Cordillera de la Costa, the “coastal mountains”, runs parallel to the Andes. The mountain range reaches 2,680 meters above sea level. and descends steeply towards the coast. Rio Loa is with its 443 km of Chile’s longest river.

Chile’s extreme extent in the north-south direction and extreme elevation differences in the east-west direction create significant climate differences. The climate is also influenced by the Humboldt stream which makes the coastal areas cooler than the inland, and which sends cold night mist (camanchaca) into the desert and steppes in the north.

Flora, fauna, climate and topography vary between Chile’s five natural zones. The great north (Norte grande) has a dry and warm climate and contains the Atacama Desert. The vegetation consists of acacia trees, cacti and thorn bushes. The small north (Norte chico) has mountains and dry but fertile valleys and steppes. The central zone (Zona central) has Mediterranean climate and fertile agricultural areas. The cool and wet South Zone (Zona sul) has deep forests and lakes. The Austral Zone (Zona Austral) houses Patagonia and the archipelago of the wildland south of the Magellan Straitwith mountains and glaciers.

Chile has several distinctive animal species: the Armadillo, the Guanaco lamella, the Andean vulture condor, the endangered shellfish locos, and the hummingbird squid.

Chile had 17.6 million at the 2017 census. Of these, 12.8 percent identify themselves as indigenous peoples. The Mapuches are by far the largest group (1.7 million), followed by Aymara (157,000) and Diaguita (88,000). On Easter Island, about 10,000 Polynesian indigenous people live. Chile also has large Arab and Chinese diasporas and a newer immigrant population, especially from the countries of Peru, Venezuela, Colombia, Bolivia, Argentina and Haiti.

Chile has one of the world’s largest gaps between poor and rich: 40 percent of the country’s income falls to the richest 10 percent. Since 1990, poverty in Chile has dropped from 38.9 percent of the population to 8.6 percent in 2017.

Spanish (Castillan) is the dominant language, but the Chilean variant has many words of its own. Mapudungun, the language of the mapuche people is spoken by about 250,000 inhabitants. In addition, quechua, aymara and rapa nui are spoken by smaller groups.

Chile is a democratic republic, divided into 15 administrative regions governed by presidential nominees. The country also has 346 municipalities governed by municipal councils and directly elected mayors. President, Congress and mayors are elected every four years.

Chile has a multiparty system and until 2015 had a binomial electoral system, where two representatives were elected from each constituency. This has meant that two electoral coalitions have long dominated politics in the country. The new electoral system has weakened these two coalitions and new parties have gained greater representation and influence.

Michelle Bachelet became Chile’s first female president in 2006. She ran for 2010 and returned as president again in the period 2014–2018. Both times she was followed by Sebastián Piñera, who in 2018 was elected for a term until 2022.

Chile has border disputes with both Bolivia and Peru. Bolivia requires part of the Atacama Desert that will give the country access to the Pacific Ocean. Following a ruling by the International Criminal Court in The Hague (2014), Chile lost parts of a disputed sea area to Peru. Chile also has a contentious claim in the Antarctic and an unclear border with Argentina in Patagonia.

Chile has been populated from around 14,000-12,500 BCE. of nomadic and later semi- sedentary groups. An invasion from the Incarct in the north in 1475 was stopped by the mapuche people at Rio Maule. The Spaniards established Chile as an administrative area led by Pedro de Valdivia under the Viceroy of Peru in 1540, but faced resistance from the mapuche people for a long time.

Chile declared independence from Spain in 1810. After independence struggles led by Bernardo O’Higgins with José de San Martin of Argentina, and a period of political instability, Chile gained its own constitution in 1933. Diego Portales led the establishment of the Chilean state. The country expanded its territory to the north after the Pacific War against Peru and Bolivia (1879-1883). Chile gained a new democratic constitution in 1925. Between 1932 and 1973 Chile had a long period of uninterrupted democratic governance. 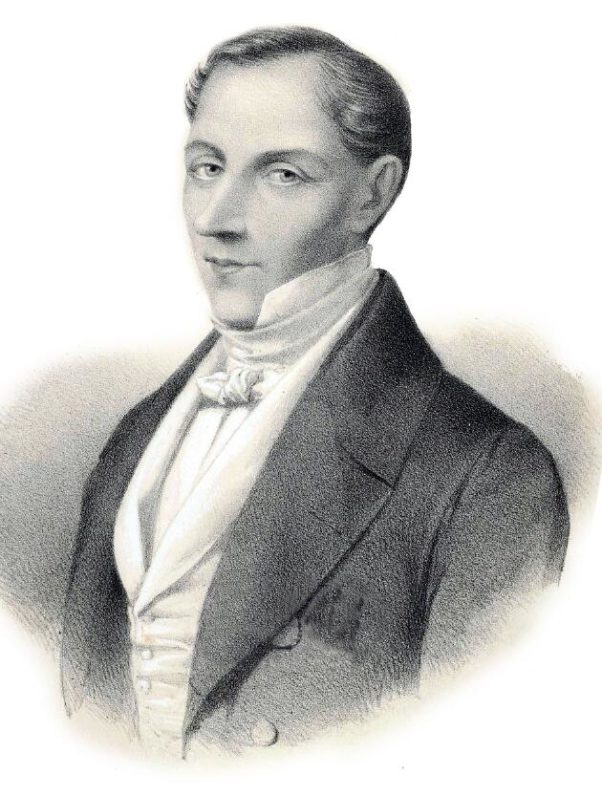 Salvador Allende, who was the left-wing coalition of Unidad Popular in the 1970 presidential elections, got the most votes and started extensive economic and social reforms. He was deposed by a military coup led by General Augusto Pinochet in 1973. It initiated 17 years of oppressive and brutal dictatorship. Pinochet lost a referendum on further governance in 1988 and was forced to hold democratic elections in 1989.

The center-left coalition Concertación, based on opposition to Pinochet’s regime, won the election in 1989 and retained power until 2010. During the right-wing government of Sebastián Piñera (2010–2014), extensive student demonstrations (2011–2013) arose against an unfair educational system and a privatized, elitist social model. An ongoing debate began to reject the current constitution established by Pinochet in 1980. Michelle Bachelet’s second government (2014-2018) focused on reforming the education and tax system, but failed to initiate work on a new constitution.

Sebastián Piñera was re-elected president in 2017 and took office in March 2018. Half a year into his second presidential term, October 18, 2019, spontaneous nationwide protests erupted demanding fundamental social change. This wave of protests rocked the image of Chile as Latin America’s most stable country, prompting parliament to vote in a referendum in April 2020 on the drafting of a new constitution.

Copper is the most important export item and accounts for about half of exports and about 15 percent of GDP. The service sector employs the largest proportion of people. In addition to metals and minerals, Chile exports timber and timber, wine, fruits and vegetables, and farmed salmon. 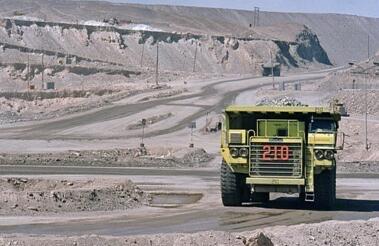 Chile’s main trading partner is China, followed by the US, EU, Peru and Mercosur countries ( Argentina and Brazil ). Chile has signed 60 free trade agreements with 22 countries, including EFTA, which also includes Norway.

Chile underwent a comprehensive economic reform process from the late 1970s on privatization, liberalization, deregulation and, as a result, de-industrialization. In 1982, Chile went through a deep economic crisis, with a 14 percent reduction in GDP and 23 percent unemployment. Since 1990, Chile has seen steady growth of 4-5 percent per year, but has been hit hard by international crises (the Asia crisis of 1998/99 and the financial crisis of 2008).

Chile’s culture is characterized by the country’s diverse population groups: in addition to indigenous and Spanish culture, food culture, customs and traditions are influenced by English, German, Chinese and Arabic culture. 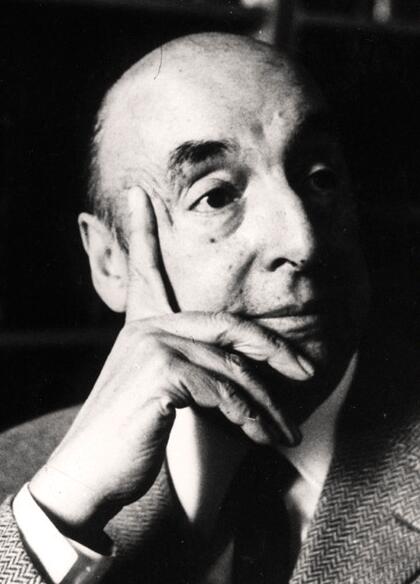 Chile’s national dance and music is cueca. From the 1990s, La Nueva Canción Chilena emerged – a type of folk with political / social message and often with inspiration from indigenous music. Violeta Parra, Víctor Jara, Los Jaivas, Inti-Illimani, Illapu and Quilapayún are important representatives of this genre.

Chilean film had a flourishing period in the 1960s, was below the dictatorship, but gradually picked up after 1990. After 2009, Chilean film won a number of international awards and received its first Oscar nomination with the film No in 2013.