The state of Chad is also located in Central Africa, which borders Libya in the north and Sudan in the east. Most of Lake Chad and the Chad Basin are located in this state, whereby the landscape of the desert, in this case the Sahara, characterizes the country and the climatic conditions. The largest elevation in Chad has the Tibesti mountain range with more than 3415 meters. Further mountains are the highlands of Ennedi in the east, with the highest mountain peak of 1450 meters. Furthermore, in Chad, flood savannahs can also be seen along numerous rivers, while in the country there are gallery forests in addition to dry and thorny savannahs.

According to Extrareference, the largest city in Uganda and its capital is Kampala. It lies in a picturesque place, on the coast of Lake Victoria. Before the British came to the country, the local...

El Jadida El Jadida, built by the Portuguese in the 1600s on the coast of the Atlantic Ocean, was originally called Mazagan. The city was built as a fortress, in one of the richest... 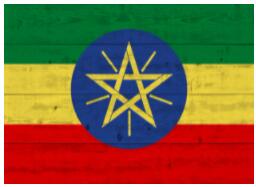 According to A2zgov, to enter Ethiopia for citizens of Ukraine and citizens of other countries, it is necessary to obtain a tourist visa. The visa is issued electronically, within three days from the date...

Egypt is a state in north-eastern Africa, which also extends into a territory traditionally considered to be Asia, E of the Suez isthmus( Sinai peninsula). The name derives from that of the ancient city of Memphis, in Babylonian Hikuptah, which...

Ethiopia An ancient empire on its last legs Ethiopia is today one of the most populous states in Africa, but also one of the least modernized and poorest in the world. Forced by a...

From prehistoric times to the power of the beys Human frequentation of the Tunisian territory is attested by the presence of Ibero-Maurusian and Capsian sites, both on the coastal area and inland, near Gafsa....

Nahla comes out of national borders, a feature film produced by the RTA with which F. Beloufa analyzes the situation of Lebanon at war through the experiences of a singer who has not abandoned...

Morocco Before and During World War II

The complete pacification of Morocco under the sheriff’s authority (1934) coincided with the abandonment, by the successors of Lyautey, of a policy of careful and considered aiding in the evolution of modern Morocco, which...

The first buildings of European influence are due to the trade of Dutch companies: typical style settlements (1652) in Table Bay (od. Cape Town) enriched by the pentagonal fortress of the Castle of Good...

According to franciscogardening.com, Morocco is a country in northwestern Africa. It borders Western Sahara to the southwest and Algeria to the east. The coastline west of the country is formed by the Atlantic Ocean....