It is no secret that Portugal has recently become one of Europe’s most sought after countries. Celebrities like Alicia Vikander and Madonna have chosen to settle down here and when you see the charm of the capital Lisbon and all its sights, it is not difficult to understand why. Here’s a little guide to some of Lisbon’s gold nuggets that really should not be missed.

According to thefreegeography, Portugal has suffered some earthquakes through the century and one of those that occurred in 1755 destroyed many of the city’s buildings. However, an area that today is called Alfama remained and on the mountain above the area is a large fortress, called Castelo de São Jorge. The fortress has a fantastic vantage point and free-ranging pheasants inside the courtyard. Admission costs about 9 euros. The fortress is of Moorish origin and was built around the 900s by Moors. But many claim that the original parts began to take shape as early as around 50 BC. In any case, it is an important landmark in Lisbon and for Portuguese history.

The statue of Christ

We will stay in the Almada area to visit the Christ the Redeemer statue which is a mini-variant of Rio de Janeiro’s Christ figure. In Portuguese it is called Cristo Rei and has, just like in Brazil, attracted tourists who want to see the fantastic view of the city. The statue is inspired by Brazil’s original and was inaugurated in 1959 and at the bottom there is a very small but cute chapel for those who may be thinking of getting married…
There is also a café right next to the statue, which is good as the walk here can be tiring.

The Watchtower in Belem

Since the Middle Ages, this distinguished watchtower still remains to be seen and attracts lots of tourists every year. The queues are long to go up the tower located by the water in the district of Belem and the building is on the UNESCO World Heritage List. When you are done at the tower, maybe your stomach growls a little extra and what better way than to go to Café de Belem nearby and enjoy the famous pastry pasteis de nata?
On the Belem quay is also the giant map drawn to underline all the sailors’ journeys in different directions.

This old town is so delightful that you can actually list it as an attraction. Here there are long narrow alleys with trams that take one up and down and a number of cute shops, bars and cafes are lined up street after street as well as the center called Chiado.
At the end of the bar area in Bairro Alto is a wonderful lookout point, Miradouro São Pedro de Alcântara and just north of there is a cute little park called Jardim do Príncipe Real. In Bairro Alto you can easily spend whole days and evenings.

If you are interested in history, you should definitely go to the Monastery of Hieronymus and look at the tombs of Vasco da Gama, King Manuel I and his wife and the poet Luís de Camões. The building itself is outstanding and, along with the Belem Watchtower, is a UNESCO World Heritage Site. The inside is packed with beautiful valuables and in the entrance Henrik Sjöfararen meets visitors and if you stand in the middle, under the roof you will surely feel like an ant, it is so big and spectacular. 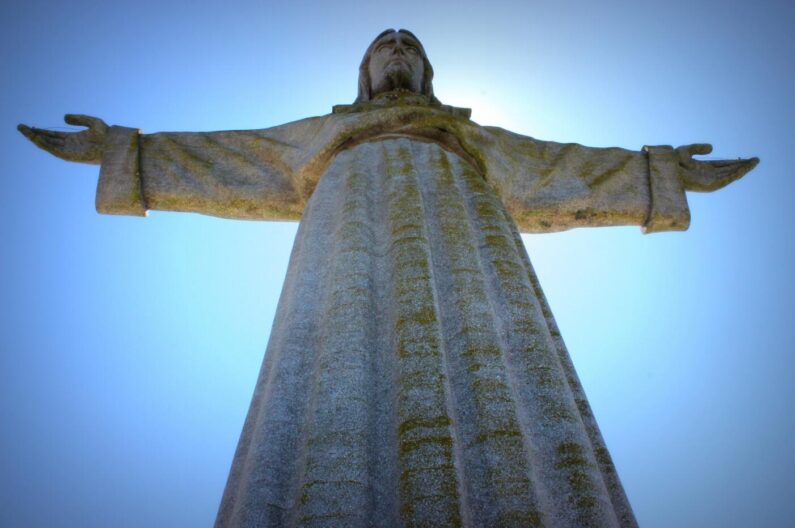