According to travelationary, Austin is known as the Live Music Capital of the World®, but that’s just the beginning. The city has a variety of unique attractions, world-class museums and scenic outdoor spaces. The capital of Texas has thus created its own soundtrack.

Decorated in the color of the setting sun, the building is the tallest of America’s 50 capitols – and 14 feet taller than the US Capitol in Washington. The Texas Government Building, built of granite, is a testament to the history of the state of Texas, also known as the “Lone Star State”. Corner of Congress Avenue and 11th Street, 512-463-5495

Circuit of the Americas™ (CoTA)
CoTA is the only circuit in the country designed specifically for Formula 1 racing. It is the venue for the United States Grand Prix. The circuit facilities are used as a popular entertainment and conference venue throughout the year. They offer ample event space, luxurious suites for VIP meetings, state-of-the-art technology, a medical facility and training center and, as befits the Live Music Capital of the World®, a live music stage. 9201 Circuit of the Americas Blvd, 512-301-6600

Lyndon Baines Johnson Library and Museum
This Presidential Library is one of only 13 managed by the National Archives and Records Administration. It offers a chronicle of the political life and times of former US President Lyndon Baines Johnson (*1908 to +1973), while the legacy of Lady Bird Johnson is exhibited in the “First Lady’s Gallery”. The collection spans six decades of American history and depicts the lives of the Johnsons during that time. Also worth visiting is Austin’s Cultural Campus, which features six museums and a self-guided tour. 2313 Red River Street, 512-721-0220

Mount Bonnell
Mount Bonnell is the highest point in Austin and offers commanding views of the city, Lake Austin and the surrounding hills. In addition to being a setting in the film “Marauder,” Mount Bonnell is a Texas Historic Landmark and was recently added to the National Register of Historic Places. A visit to Laguna Gloria is highly recommended for its beautiful grounds and historic mansion on Lake Austin. The contemporary Austin art museum and the Betty and Edward Marcus Sculpture Park are also located here. 3800 Mt. Bonnell Rd.

Street Art
Bold, funky, and eclectic, Austin’s vibrant mural scene perfectly epitomizes the city’s idiosyncrasies. Participation in a fabulously documented graffiti tour is recommended. By the way, the best street art in Austin is worth capturing on camera. The HOPE Outdoor Gallery (HOG)is a three-story fine arts project at 11th and Baylor Streets in Austin – and one of the largest outdoor galleries in the United States. The project was created to give mural artists, graffiti artists and community groups the opportunity to exhibit large-scale artworks with inspirational, positive and educational content. At the same time, this project will activate and beautify a dynamic and underutilized area of ​​the city that also offers great views over Austin.

Barton Springs Pool
Austin’s 361-acre Zilker Metropolitan Park is home to picnic areas, a disc golf course, a large children’s playground, the Zilker Zephyr train (great for kids/families), and Barton Springs Pool, an oasis in the midst of the City that invites you to take a bath with its 20°C warm spring water. 2201 Barton Springs Road, 512-867-3080

Lady Bird Lake Hike & Bike Trail
The south end of the Ann Richards Congress Avenue Bridge provides access to the 10-mile hike and bike trail that circles Lady Bird Lake in the heart of the city. The trail is a great place for a morning walk and is popular with both locals and visitors. The Stevie Ray Vaughan Memorial is on the south shore of the lake, west of the South 1st Street Bridge. Park at the famous Zilker Park or Barton Springs Pool. Nearby is the landing stage for canoe trips (well signposted). Kayak or canoe on the clear and calm Lady Bird Lake for a good view of the skyline.Downtown, from the MoPac Expressway to Pleasant Valley Road/2100 Barton Springs Road

Land Surf Park
NLand Surf Park offers a unique North American opportunity for surfers and wave sports fans to practice their sport. It is used by beginners and professional athletes alike. The park was created in cooperation with the Spanish company Wavegarden, which is considered a leader in the field of wave technology. Both companies are responsible for the environment and want to offer surfing in sea-like conditions. Even in the longest dry period, the lagoon can keep running with rainwater alone. 5478 Navarro Creek Rd. Del Valle, TX 78617 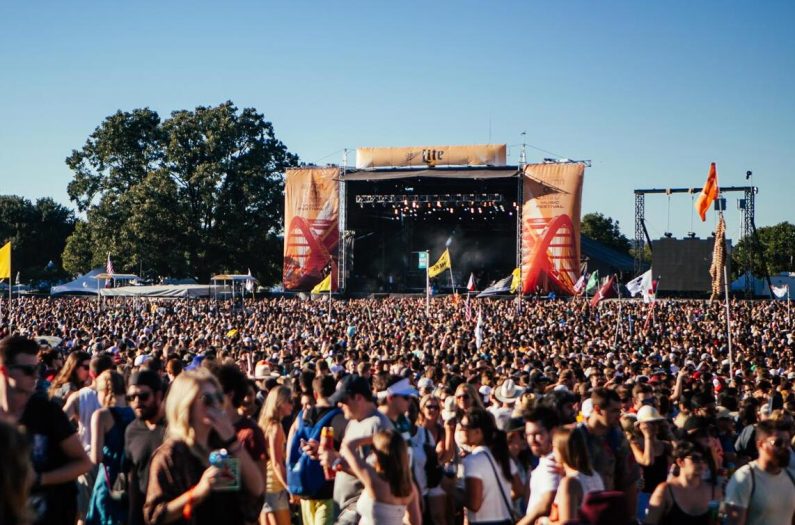