Church paintings and icons are important in Ethiopian art, and the book paintings have also received a lot of attention. They are made on parchment by anonymous masters. Pictures from the 12th and 14th century Gospels are of particularly high quality. Characteristic of Ethiopian painting are saturated, powerful colors, often with dark outlines. The influence of Byzantine art is evident, for example, in the frontality of the images and stereotypical figures. Later, Ethiopian art was influenced by European Renaissance, and the paintings gained more nuance and volume for its form. Round sculpture and reliefs are rare.

From the end of the 19th century, folk painting developed. Often several pictures were painted in a series to be read in a specific order. Also paintings with motifs from Ethiopian history became common. In the 1900s, interest in secular art grew, and the country gained a state art school in the 1950s.

The Ethiopian cross is a central ornamental element of Ethiopian art, for example in architecture and crafts.

Church building has examples that can be traced back to the 300s. Unique to Christian church architecture are a number of rock churches, especially the churches of Lalibela from the 13th century. These churches are completely or partially carved into the cliffs and have different floor plans. In Aksum, a religious center known from century BCE., Are stelae in stone, some up to 30 meters, with the same type of ornamentation in rock churches of Lalibela.

The main church in today’s Aksum is the Cathedral of Zion, built under Portuguese influence in the 1650s. The church architecture is later largely central churches with conical (conical) roofs. The facades can vary from a traditional clay wall to a European classicist wall. During King Fasiledes in the 1600s, palaces were built in the capital Gonder with traces of both Portuguese and Arab influence.
Today’s Ethiopian cities consist of a mixture of traditional Ethiopian settlement and Western architecture from the 19th and 20th centuries. In particular, British, Italian and American influence has prevailed. In the north and east, the influence of Islam is stronger. 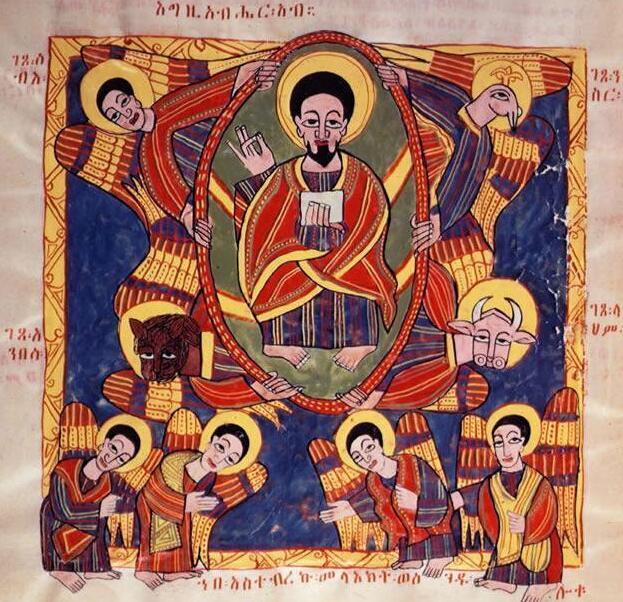